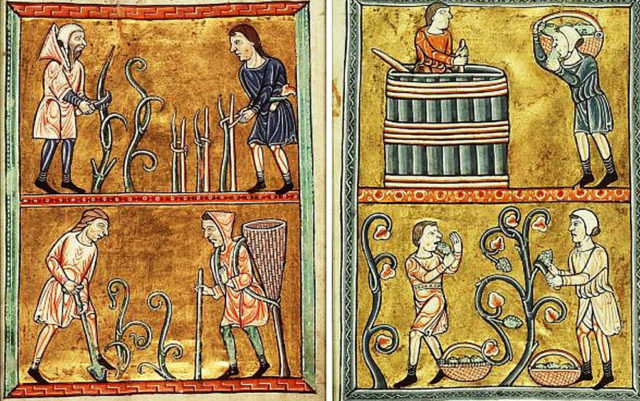 Via email, we planned to meet for lunch at Bourbon Steak in Washington, D.C., a restaurant that’s housed at the Four Seasons. While the steakhouse is known for having one of the best wine lists in the city, it’s typically filled with tee-totaling lobbyists and power brokers during the day. So when I spotted a redheaded thirty-something with unkempt hair wearing jeans and an untucked flannel, I figured it was Shane.

Finley stopped wearing suits in 2001. That summer, he quit his job as an insurance underwriter in Manhattan to make wine. Both his parents thought the move was a bit nuts, as his career was progressing nicely. They hoped that after a few months on the edge of bankruptcy, he’d get the wine bug out of his system.

But after interning during harvest in Sonoma, Finley was hooked. So he headed off to Australia to work another harvest and then to France’s Rhone Valley. When he returned to the United States in 2003, there was no turning back. He quickly built an impressive resume, and in 2006, he launched his own label with the release of three distinct Syrahs. He called it Shane, naturally.

Finley’s decision was certainly gutsy. But in wine, this career trajectory is hardly unique.

Allen first discovered wine two decades ago. At first, it was simply a hobby — he made wine at home and traveled to Napa, Sonoma and other wine destinations regularly. Eventually, though, the hobby became an obsession. So in the summer of 2009, he moved to Sonoma during a sabbatical from his tech job, planted a vineyard, launched a wine blog and helped three different wineries with harvest.

The next year, Allen sourced enough fruit to make 175 cases of wine. He named the winery Two Shepherds and it has grown larger each year. In 2013, Wine Business Monthly, a trade publication, named Two Shepherds one of the ten hottest brands in the country.

Or look at Hardy Wallace.

After getting laid off by Kodak in 2009, Wallace landed a one-year social media gig with a large winery in Sonoma. When that job ended, he dove in full throttle, working in the cellar, running a tasting room, helping with sales and marketing and offering assistance wherever it was needed. Simultaneously, Wallace launched Dirty and Rowdy Family Wines. Today, he can’t produce enough wine to keep up with demand.

There’s Dan Petroski, who makes some of Napa Valley’s best Cabernet Sauvignon at Larkmead and small batches of bright, stunning whites under his personal label, Massican. In 2005, Dan dropped everything to work in wine after nine years in magazine publishing.

There’s Mike Smith, who makes rich-yet-graceful wines under several labels in Napa Valley, including Myriad and Quivet. In 2001, while living in Oregon, Mike started traveling to Napa on the weekends to help Thomas Brown, a world-famous winemaker, for free. Three years later, Mike and his family moved to wine country.

Virtually every winemaker is an evangelist. But few can match the passion of those who pack up their possessions, mid-career, to produce wine. With these vintners and others like them, their fervor for wine is infectious.

Trading a desk job for one in the vineyards may seem foolhardy. But for wine geeks, sometimes, there just isn’t a choice.

David White is the founder and editor of Terroirist.com, which was named “Best Overall Wine Blog” at the 2013 Wine Blog Awards. His columns are housed at Grape Collective.