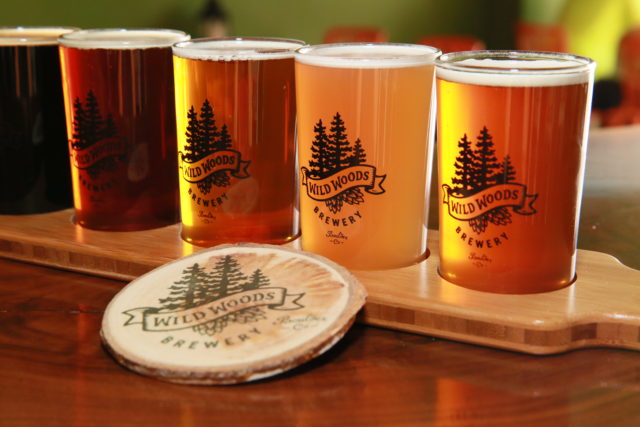 It’s always sad to see a friend go. Sure, they’re off to do new things, probably great ones too, but it still stings a bit when you realize that things won’t be the same.

“The brewery has been open seven years and in planning for several before that,” co-owner Erin Evans says. “While we’re still passionate about craft beer, we’ve always made a point to reassess things we’d like to do at different points in life. We have a desire for more time to pursue other passions like traveling and the outdoors, and to spend more time with friends and family.”

Evans opened Wild Woods with husband Jake and partners Charlie and Kristen Rilling on Sept. 25, 2012. Though Erin and Jake hail from Wisconsin, the great outdoors drew them to Colorado. It was on a camping trip in Crested Butte that the idea for the brewery hatched and became a two-barrel nanosystem. Two years later, they expanded production to a seven-barrel system and consistently made some of the best beers in the county, from the Nectarine Thyme Saison, which smelled and tasted so much like a blossoming farm in the summertime, you’d forget you were drinking in a parking lot, to Yamtoberfest, an imperial märzen loaded with hickory smoke, maple syrup and roasted sweet potatoes.

Though a good deal of ink has been spilled over recent closures in the craft brewing market, Evans is quick to point out that their decision to close Wild Woods isn’t indicative of a larger trend.

“The craft beer industry has definitely changed since we opened in 2012,” she says. “While the decision to close was purely personal in our case, I do think there are still many opportunities for growth in craft beer. The market is maturing overall, and there are still a lot of exciting and creative things happening.”

One of which will be the new craft brewery coming to fill Wild Wood’s space later this spring.

“I think there has been a lot of media coverage lately on ‘over-saturation’ and list-keeping of brewery closures,” Evans says. “While there are definitely some trends happening right now (as there can be with any line of business), I think each business and the people behind it have their own story, reasons and aspirations for opening or closing.”

Her advice to fellow brewers: “Beer trends come and go. Stay true to your brand and vision, and the true craft beer drinkers will respect and support you for doing so.”

Wild Woods will be running regular operating hours Thursday, Friday and Saturday. Stop by for a pint, pick up some discounted merchandise — if they have any left — and give Erin and Jake a heartfelt thank you for the beer and seven years. It was delicious while it lasted.