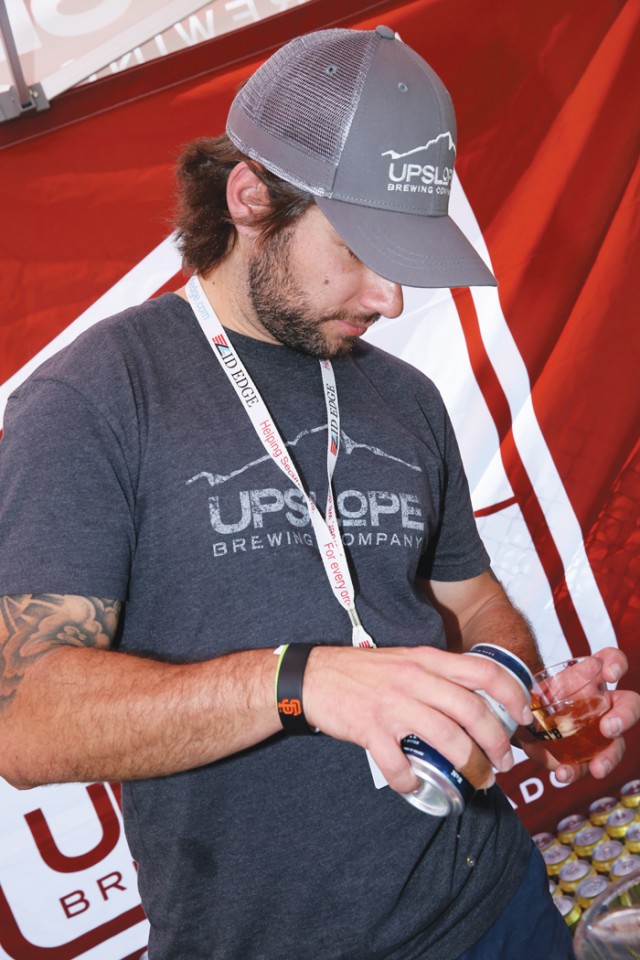 It’s just like some fake mom referenced on a sitcom used to say: “If you make that face too much, it will stick that way.” And if you’re here in Boulder, that face might be a smile from all this sunshine. Boo! No one wants to look like The Joker. Sounds like you need to pucker-up buttercup. And the best way to do that is to beeriphrase Shakespeare: “The IPA is the thing.”

“Be they dank or piney or floral or tart, spiced or fruited or dryhopped or wet, Double or Imperial, a little of some or all those together, we celebrate India Pale Ale in all of its iterations and strengths!,” Avery wrote on its website.

There will be more than 100 rare, special, small-batch, and unusual IPAs from Avery’s brew library along with a rogue’s gallery of other breweries, and the $45 ticket will get you 16 fourounce pours, all packed with as much hops as Space Jam era Jordan. Baller.

But as Avery warns: “Beer is ethereal, thus this list is subject to change.” Whoa. Mind. Blown.

Avery will be donating the profits from the festival to Emergency Family Assistance Association, a local aid agency that helps families in need with food, shelter and other basic necessities.

IPA Fest runs from noon to 5 p.m. Tickets and more info are available at http://averybrewing.com.

But if bitter beer face ain’t yo thang, then you can still beerfest it up this weekend. The upstanding slopers at Upslope are celebrating their sixth year in the brew game, also on Saturday, Nov. 8. From 2–8 p.m., Upslope will be partying down at their Flatiron Court location with 40-plus beers on tap, including new, special and vintage releases, like the six-years-in-the-making, 6th Anniversary Ale. Why six years in the making? Can you think how awkward it would have been to release that on their first anniversary? Exactly.

To get your beer-soaked toes a tapping, there will be live music from Technicolor Tone Factory, Rocktin Grove and The Good Kind, and to soak up the beer in those toes, there will also be food on hand from Big Daddy’s BBQ, Shopery’s Sandwiches and Tacos Del Norte.

Best part is that the party is free. Just show up and get down. But the hangover, that’ll cost ya.

Get more info at www.upslopebrewing.com.