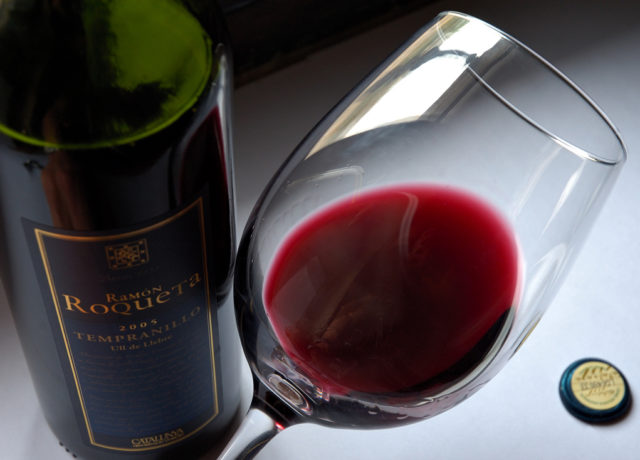 When I was in college, we drank beer. When my sons were in college, they drank draft beer. But when my granddaughter was in college, she’d get together with five girls, go out to a restaurant, and they’d each put $10 toward a $60 bottle of wine.”

Tony Terlato, the chairman of Terlato Wine Group, shared this story while explaining why his entire company is focused on millennials. Marketers everywhere are obsessed with this demographic, which is comprised of those born between 1980 and 2000. But hearing Tony Terlato talk about this generation was different.

Terlato isn’t some young, tech-obsessed marketing executive. He just celebrated his 80th birthday and has worked in the wine industry for nearly six decades.

Master sommelier Tim Gaiser recently praised Terlato for bringing “wine into mainstream American consciousness” and gave him credit for helping change “domestic wine tastes from mass-produced, sweet, fortified jug wines that dominated drinking habits after WWII to the likes of classified-growth Bordeaux, top Italian estates, and the best wineries in California that are enjoyed by many today.”

Indeed, one in every eight bottles of wine over $14 sold in America passes through Terlato’s sales and marketing firm, Terlato Wines International.

So Terlato has seen it all. And he’s more optimistic than ever before about the future of America’s wine market, because he’s certain that millennials are embracing wine.

Most forward-looking companies are targeting the nation’s 75 million millennials, of course. Today’s young professionals have more discretionary income than any previous generation, so working to attract these consumers makes sense.

In the wine industry, though, many are dismissive of today’s 20- and 30-somethings.

Three years ago, while speaking on a panel about marketing to the next generation of wine drinkers at the Culinary Institute of America in Napa Valley, Kayla Koroush of Heringer Estates talked about a recent experience in an area tasting room. Because of her age, she was completely ignored.

Treating any customer — in wine and elsewhere — in such a fashion is inexcusable. But in the wine industry, Kayla’s experience is common.

Some industry leaders even defend ignoring this demographic. Rob McMillan, who heads up Silicon Valley Bank’s wine division, has urged his colleagues to spend less time worrying about young consumers, because it’s “absolutely false” to think that millennials are driving fine wine sales.

Never mind the fact that today’s youngest consumers grew up seeing wine as part of the American experience. Or the fact that more wines from more places are more available than ever before.

Plus, as Joe Roberts of 1WineDude.com once wrote in an industry missive, “You cannot ignore this younger generation forever. Boomers and Gen Xers will some day have to stop buying your wine because they have a terminal condition that will eventually kill them all (it’s called being human).”

Baby boomers do have more spending power than millennials, but millennials are more likely to spend more than $20 on a bottle of wine.

Terlato has noticed this. “Millennials can afford to spend $20, $25 on a bottle of wine; they don’t even think twice about it,” he commented.

Terlato has always tried to predict where the wine market is headed. “I want to try to be where the market is going,” he explained, “because if you’re where the market already is, it’s too late to be important — somebody else already made those plans.” And he’s succeeded. Consider Santa Margherita Pinot Grigio, which Terlato discovered in 1979 while in northern Italy searching for America’s next great white. Shortly after bringing the wine to market, it became the most successful imported wine priced over $15 in U.S. history.

In his autobiography, Terlato wrote about a 1956 encounter with Robert Mondavi, where Mondavi predicted that one day, a bottle of wine would be on every American dinner table. We’re not there yet, but if Terlato’s granddaughter is any indication, that’s where we’re headed.

David White is the founder and editor of Terroirist.com. His columns are housed at Grape Collective.