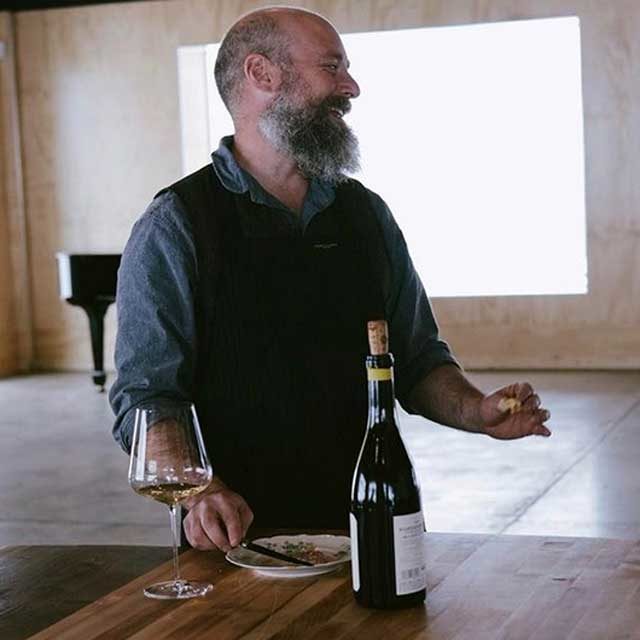 If ever Buzzfeed were to merge with Wine Enthusiast, let’s call it Winebuzz, they might publish a quiz that reads like so: Tell us what kind of wine you like, and we’ll tell you what kind of worker you are.

Napa cab, and you’re a delegating pragmatist. Friulano, and you’re a hard-charging perfectionist. Slovenian table wine, and you just want to let everyone know you work to live, not live to work, man.

Of course, that’s only if Master Sommelier Nate Ready is running Winebuzz and not his 30-acre vineyard and farm in Oregon’s Hood River Valley. Ready, who helped launch Frasca Food & Wine and Meadowlark Farm Dinners, is coming back to Boulder this month for special wine dinners at Frasca, and with Cured at Cure Organic Farm.

Ready grew up in Napa Valley and got his first restaurant job at The French Laundry. He was 21.

It was there that he met Bobby Stuckey and Lachlan Mackinnon-Patterson, and the three moved to Boulder to open Frasca. Ready served as the restaurant’s first wine director. Frequent trips to and from Friuli, Italy, as well as working under Stuckey, allowed Ready to develop a curiosity for wine.

“Bobby understood a part of the industry that I had no concept of,” Ready says. “It wasn’t so much about individual things about wine, but more just about the philosophy of how it’s connected to culture and hospitality and food, and how it relates to people.

“We made all those trips to Italy, and I began to get progressively more curious about why wine is the way it is. What actually causes wine to taste what way? You ask people all these questions about winemaking and viticulture, and it never really made that much sense to me. It was hard to put together the pieces without seeing it. … I felt like there were huge things I didn’t understand, and I wasn’t going to understand until I got my hands dirty.”

So Ready left Boulder, and Frasca, and moved back to Napa. He worked a harvest season with a connection he made through The French Laundry, and learned how winemaking is done in California. Then he moved to Friuli, with another connection he’d made through Frasca, and worked at vineyards there. When he had time, Ready crossed the border into Slovenia and worked on a family farm.

In a few short years, Ready saw three different approaches to winemaking, all in hopes it would help him understand what Stuckey and others were talking about when they said wine is connected to culture.

“What it really was, was a window into how people’s lifestyles and cultures had a really profound influence on the way the wines would taste and the decisions that were made (in winemaking),” Ready says.

That, at least for this layman, still sounded a little abstract. So Ready laid out how the cultures of Napa, Friuli and Slovenia influenced the wines they produced.

And then there’s Slovenia.

“When we would pick, there would be like nine of us, and it’d be like three generations of the family, and we’d go out there and we’d pick grapes all day, bring them into the winery. They sat in the sun. I’d ask, ‘Are we going to put them in the press?’ and they’d say, ‘No, we’re going to take a nap.’ We wake up from the nap, ‘Are we going to press?’ They’d say no and we’d have, like, a three- or four-course meal. And then later that night we’d finally put our grapes in the press.”

Ready says the different approaches have a “huge” impact on the flavor of the wine, but not necessarily the so-called quality of it.

“It has a huge bearing on characteristics of the wine,” Ready says. “It doesn’t make the wine better or worse; certainly for some people one of those styles resonates more clearly than others.”

Ready’s favorite approach was the Slovenian model. And he wanted to figure out how to make wines that taste the way Slovenian wines do. Someone told Ready if he wanted to make wine, he had to learn to farm, and told him to check out some Ancient Roman texts on agriculture. So Ready studied Calumella, a first-century agricultural author, and came back to Boulder, where he helped start Meadowlark Farm Dinners, which allowed him to gain more hands-on farm experience.

He moved to Oregon, first trying the Willamette Valley, but finding it too commercially agricultural, headed east of Portland to the Hood River Valley and Columbia Gorge. The unique landscape, which marks the barrier between rainforest and desert, and ascends in elevation about 10,000 feet in only 20 miles, offered Ready and business partner China Tresemer the opportunity to plant what they wanted — Ready compares the region to Alto-Adige, Napa Valley (70 years ago), and Sicily’s Mt. Etna.

At first, it was a seven-acre farm with only three acres of vines. When neighboring land went up for sale, Ready and Tresemer snatched it and expanded. They now serve farm-fresh meals with their artisan wine on weekends and at special pop-up dinners.

Ready says he’s happy to let Mackinnon-Patterson and Frasca match their food to his wines, and the wine dinner — and the one at Cure Farm — represent Ready’s ongoing connection and love for Boulder.

“Boulder is a really amazing place,” Ready says. “I feel so close to so many people there. I think it happens for most people who live there that you walk down the street and you know almost everyone. I feel like it’s possible to develop uncommonly close relationships. We’ll never lose that. People come out to visit the farm from Boulder relatively frequently, and whenever I come back to Boulder it’s an incredibly warm, welcome embrace.

“What we do is so connected to our roots there.”