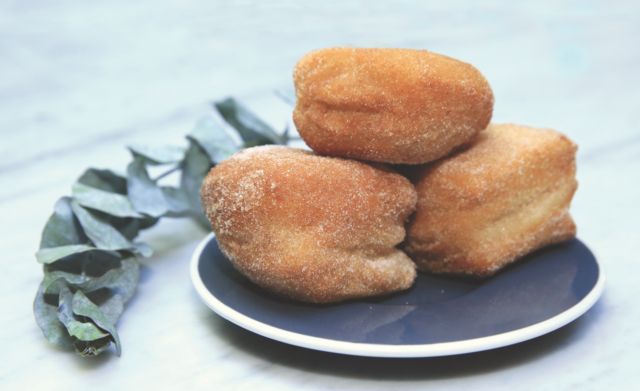 It is one of the great magic tricks of modern cookery to transform day-old stale bread into simply decadent sweet and savory dishes. Thus, no single act of kitchen waste seems more idiotic to me than to trash bread heels, loaf ends and crusts cut off sandwiches, even if you compost them.

The bread isn’t “bad” unless it’s moldy, but that seldom happens in Colorado unless it’s cheap bread, wrapped in plastic, and forgotten in the back of the fridge. Since many of the best toast treats require bread that has dried out, day-old, marked-down loaves are an incredible bargain.

The easiest way to use stale bread slices is in French toast (soaked in a custard of egg and milk). The French version is pain perdu, and we love French toast sandwiches like the croque madame.

The hippest menu item at Boulder bistros these days is expensive toast — open-faced and topped with avocado, bean puree or smoked fish, a close relative of bruschetta and crostini appetizers. If you cut the toast up in cubes — ta da! -— it becomes croutons, which can be tossed in salads or used as a Gruyère cheese-crusted raft atop onion soup. Slightly bigger cubes of toasted, seasoned bread and fresh tomatoes compose the wonderful Italian late summer salad, panzanella.

The bread (or cornbread) stuffing traditionally served with holiday turkey is just toasted bread cubes soaked in broth and butter with savory ingredients. “Stuffing” is baked inside the bird; “dressing” is baked in a dish.

If nothing else, stale bread can be run through a blender and the crumbs used in meatloaf, meatballs, atop mac-n-cheese, and for crusting chicken, salmon and eggplant. Homebrewers take note: Lafayette’s The Post Brewing Company crafts a beer using leftover artisan bread from a local bakery.

Day-old loaves have been a prized ingredient since bread was invented, and around the world bread pudding is old bread’s leap to immortality. Mexican sweet-savory capirotada, a bread pudding made with brown sugar, cheese, onions, raisins and spices, dates back to medieval times and was probably introduced to Spain from Northern Africa.

To experience the joy of making bread pudding, start with any bread, sliced or unsliced, including pannetone, pumpernickel, cornbread or rolls. Challah and other brioche breads are especially good. Gluten-free bread works well in puddings (especially when pre-toasted) as do egg and milk substitutes which makes bread pudding everyone can enjoy. Because bread is an irregular, hard-to-measure ingredient, pudding recipes are more suggestions than rigid directions. Feel free to tweak the following recipe with more cream, liqueur, butter and extras:

Cut bread in 1/2- inch cubes and put in a buttered 12- by 8-inch pan or in a muffin tin. Drizzle liqueur over the bread cubes. In a bowl, mix the eggs, cream, milk, vanilla and salt with optional extras, as desired. Pour the mixture over the bread and let it soak for about 20 minutes. Sprinkle with brown sugar and bake for about 40 minutes in a 350-degree oven. Serve warm with vanilla ice cream or creme fraiche.

If you see “Raspberry Oranges” at Sprouts and other supermarkets, they are simply blood oranges in disguise. Apparently, blood orange growers decided the name was only helpful at Halloween and rebranded/renamed them as “raspberry oranges.” It’s not that uncommon. In 1959, the Chinese gooseberry became “kiwifruit,” and in 1977 the Patagonian toothfish was renamed for a nonexistent species: “Chilean sea bass.” You can understand why dolphinfish was rebranded as “mahi mahi.”

The oldest craft brewery in Colorado, Boulder Beer Company, will close January 18. … After 14 years in business, Kasa Japanese Grill & Bar has closed at 1468 Pearl St. … The acclaimed Westbound & Down Brewing in Idaho Springs is planning to open a production brewery, restaurant and backyard space on the hill next to Lafayette’s Stem Ciders and Acreage with the same panoramic view. … Peckish has opened at 1320 College Ave., offering wings from five for $6.57 to 200 wings for $230.

Great barbecue joints are popping up all over but there’s a problem. Most of them focus on lunch and run out of meat or aren’t open in the evening. It was great to find Smok at The Source in Denver’s RiNo neighborhood. The barbecue serves first-class burnt ends — the smoky, chewy, porky and best part of the rib — into the late evening hours. They went great with house-made pickles, fresh ginger slaw, and $2 Hamm’s lager. Sides include creamed corn (Mexican street corn with queso fresco and lime) and white cheddar mac-n-cheese. Also on the menu: Nashville hot-style pork chicharron, pecan pie and smoked deviled eggs

“Watching David (Bowie) write was inspiring to me. He would strum the 11 strings on his 12-string Harptone guitar and wander to the piano and play a few bars, then off to forage for rice pudding in the kitchen.” — Angela Bowie