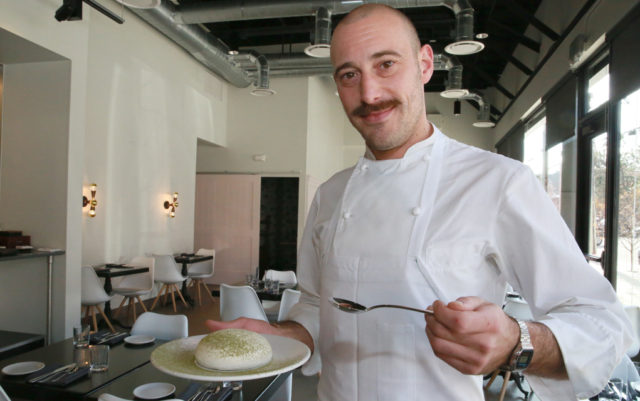 When one restaurant closes its doors, a new restaurant opens up in its place. That’s the way it’s been in Boulder County for decades, and few eateries ever celebrate a decade in business.

The year 2017 saw some legendary restaurants fade from the scene including the original Old Chicago, Conor O’Neill’s, Turley’s, Walnut Brewery, the Sundance Cafe and the 98-year-old Blue Parrot in Louisville. At the same time Boulder welcomed a wealth of new eating spots, ranging from Emmerson and Bar Taco to the French Quarter Brasserie and Le French Café.

A slew of newcomers wait in the wings for 2018 including Chimera, Vero Italian and Coabana Cuban Restaurant, not to mention the new Shine. Here’s the full breakdown for the county.

• The original location of Old Chicago closed after 40 years at 1102 Pearl St.

• Beau Jo’s Pizza closed at 2690 Baseline Road, former site of Two Bitts Bistro. Beau Jo’s had previously been open on the Hill and at the now deceased Crossroads Mall.

• Turley’s Kitchen has closed, ending a saga launched in 1977 when the Good Earth Restaurant opened at 17th and Pearl.

• Emmerson opened at 1600 Pearl St., former home of LYFE Kitchen and the Gondolier.

• The Walnut Brewery closed at 1123 Walnut St. Boulder Beer soon after opened a taproom/eatery in the space.

• Shine Restaurant and Gathering Place closed at 2027 13th St. The Post Brewing Company opened in the space, which was also formerly home to Boulder Draft House and Redfish. Shine will reopen in the former Volta Restaurant space at 2480 Canyon Blvd.

• A fire damaged the kitchen at Colterra Food & Wine, 210 Franklin St. No reopening date has been set.

• Madera Grill closed at 817 Main St. in Louisville. An expanded Waterloo restaurant reopened in the space.

• The Moe’s Broadway Bagels empire has expanded with a new shop in the Table Mesa Shopping Center and in Louisville at 1057 Courtesy Road next to a new Vic’s Coffee.

• Old World Pizzeria opened at 613 Frontage Road next to the Bavarian Bakery.

• The latest location for Boulder’s Kitchen Next Door opened at 1232 S. Hover St.

• The Rocky Flats Lounge south of Boulder is rumored to be reopening in 2018 for fish fry nights and Packers games.

What did we miss? nibbles@boulderweekly.com