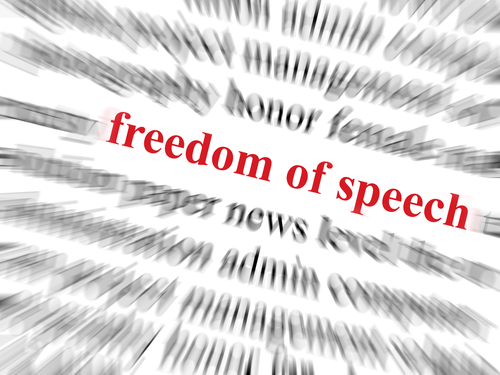 The universe is full of mysteries — such as why anyone would eat at Chick-fil-A in the first place. The fried chicken chunks chain found itself in the spotlight for its owner Dan Cathy’s anti-gay religious beliefs after posturing politicians, including Chicago Mayor Rahm Emmanuel and Boston Mayor Thomas Menino, suggested Chick-fil-A had no place in their towns.

Cathy has publicly stated his opposition to gay marriage and donates some of the money his chain earns to what he calls “pro-family” charities, organizations that share his anti-gay views.

Locally, Masterpiece Bakery of Lakewood drew fire when its owner, Jack Phillips, refused to make a wedding cake for a gay couple because gay marriage goes against his Christian beliefs. It’s not the first time he’s turned down a gay couple, and it won’t be the last. Phillips has said that he’d rather shut his doors than abandon his religious beliefs.

Meanwhile, the Boy Scouts of America recently reaffirmed the organization’s anti-gay stance, choosing to stick with a long tradition of teaching boys bigotry over other values.

These instances of anti-gay sentiment provoke strong emotional reactions from those of us who see gay rights as a subset of human rights, with the right to marry a spouse of one’s choosing as inalienable. And yet the truth is that Cathy and the Boy Scouts are acting within their rights under the First Amendment. Phillips is on shakier ground.

So if a bunch of ignorant racists want to put sheets over their heads and proclaim their superiority — the very fact of which they disprove by doing such things — they have a right to do so.

In 2000, the U.S. Supreme Court upheld the Boy Scouts’ controversial ban on gay scouts and leaders in part because forcing the group to accept gay members would violate the organization’s implied right to free association.

Certainly, Cathy has a right to voice his opposition to gay marriage and to donate his money to whatever causes most appeal to him.

Phillips, on the other hand, has basically hung out a shingle that says, “Gays not served wedding cake here.” He told the press that he’ll be happy to take GLBT people’s money for birthday cakes and other baked goods, but not for wedding cakes. By refusing service to a specific group of people, he may have run afoul of the state’s anti-discrimination law, which prohibits any places of “public accommodation,” such as a retail store, “to refuse, withhold from, or deny to an individual or a group, because of disability, race, creed, color, sex, sexual orientation, marital status, national origin, or ancestry, the full and equal enjoyment of the goods, [or] services…” While time will tell whether Phillips faces sanctions, the First Amendment, which protects his right to believe whatever repugnant thing he chooses and shields the Boy Scouts and Dan Cathy, also provides us with the ability to respond according to our consciences.

And the public has been responding by boycotting Chick-fil-A and Masterpiece Cakes, by staging protests at Phillips’ bakery, by publicly decrying the bigotry of the Boy Scouts in letters and words and by withdrawing from the organization.

We might have to tolerate people like Cathy and Phillips and put up with organizations like the Boy Scouts — but we don’t have to pretend to respect them.

And here’s the good news: Day by day, we are winning.

Views about gay marriage have been shifting rapidly in the United States over the past few years. Despite the universal failure of gay marriage to pass in statewide elections, a recent SurveyUSA poll in Washington showed a 50 percent to 43 percent margin of voters is now in favor of marriage equality for gay couples. Views toward gay marriage are especially positive among younger voters.

One day, those who discriminate against gays will be viewed in the same light as those crazy racists who wear sheets on their heads.