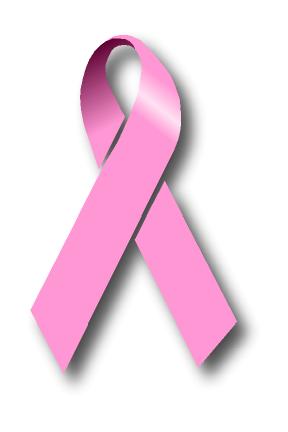 The furor over the Susan G. Komen Foundation’s decision to cut funding to Planned Parenthood for cancer screenings (and then reversal) revealed the questionable nature of the foundation’s policies and the strength of a quiet majority that refuses to allow extremists to make women’s health a hostage of the abortion wars.

Last month the Komen Foundation announced it was eliminating $680,000 in grants to Planned Parenthood for breast exams and mammograms. The decision ignited outrage on the Internet.

Some $3 million in donations poured into Planned Parenthood to help the nonprofit continue life-saving breast screenings for poor women, while Komen struggled with a negative backlash of epic proportions. Though Komen, too, garnered donations as a result of its decision from anti-abortion extremists, it also came under scrutiny as women began to rethink their devotion to pink. Now Karen Handel, the anti-abortion conservative who was the driving force behind cutting grants to Planned Parenthood, has resigned, and the foundation’s tax returns have been scrutinized and made available for download across the Internet, raising troubling questions about what exactly the foundation has been doing “for the cure.” And criticism of the foundation, ignored for years by the general public, has suddenly found an audience for troubling questions about the way Komen uses donation dollars.

Among the critics who’ve come to the forefront is Betty Pinson, a Daily Kos diarist, who discovered that the organization worked against the interests of breast cancer victims by, among other things, lobbying against “the public option” during the Congressional fight over health-care reform and opposing a cancer treatment funding program for low-income women.

Pinson also found that Komen fought the Breast Cancer and Environmental Research Act, helping create a report that claims there’s no connection between environmental toxins and breast cancer — a claim recent studies have refuted, demonstrating that herbicides, pesticides and estrogenic chemicals play a bigger role in breast cancers than genetics. Komen hasn’t even signed on to the Safe Chemicals Act — a no-brainer for those who want to bring down cancer rates.

Some suggest the cozy relationship between Komen and Big Pharma may be behind its curious positions. The organization’s spending habits and blindness toward environmental causes for breast cancer has led many to conclude that there are charities more deserving of our dollars, such as Breast Cancer Action.

Beyond Komen, this kerfuffle demonstrates that people are fed up with the scorched-earth policies of anti-abortion extremists. People are tired of the abortion issue causing collateral damage in women’s lives.

Some argue that Komen’s reversal of its decision is a victory for abortion rights, but that would be going too far. As evidenced among online comments, many who stood up for Planned Parenthood oppose abortion, but also understand that Planned Parenthood provides critical health services — mammograms, pap smears and testing and treatment for sexually transmitted diseases — to women who would otherwise go without.

Still, it is reassuring to see that so many people are no longer willing to allow religionists and politicians like Karen Handel to place millions of women at risk just to score a victory in their fight against abortion.

For more information about the Safe Chemicals Act, go to www.saferchemicals.org. To learn more about Breast Cancer Action, go to bcaction.org.