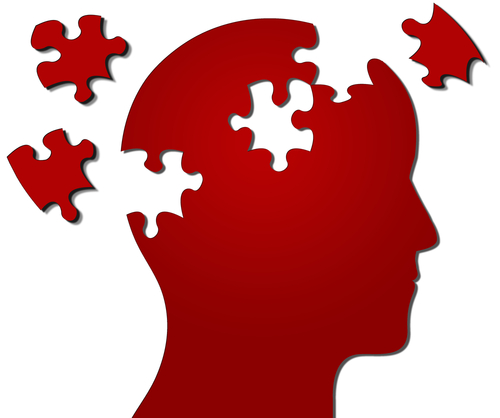 In the aftermath of the Aurora theater massacre, we’ve seen an understandable, if misguided, call for tighter gun control, including a renewed ban on “assault weapons.”

But since the suspect in this case broke a great many laws to carry out his mass killing, including acquiring an extended magazine for his AR-15, it’s hard to say what we’ll gain by making it harder for citizens to own weapons.

As Gov. John Hickenlooper told CNN, “I’m happy to look at anything, but if there were no assault weapons available, and no this or no that, this guy is going to find something. He knows how to create a bomb, and who knows where the mind would have gone.”

What people aren’t talking about in this case is the need for an overhaul of our mental health system. Since our goal ought to be preventing future tragedies like this one, not just passing feel-good legislation that has little real impact, perhaps our focus ought to be on the problem that likely caused the alleged perpetrator James Holmes to kill: mental illness.

Let’s back up about 18 months to when Jared Lee Loughner walked up to Gabrielle Giffords and shot her in the head at point blank range before aiming into the crowd, wounding 14 and killing six. Though some chose to blame right-wing rhetoric for the attack, it turns out Loughner is mentally ill. Diagnosed with schizophrenia, he remains in custody in a prison hospital.

Prior to the shooting, there were plenty of signs that something was wrong with Loughner — drug and alcohol use, being fired from jobs and even volunteer work, irrational behavior toward his college, bizarre conspiracy theories. Rather than being flagged for evaluation and treatment, he was pushed away and held at arm’s length by people who found him frightening.

No one yet knows what the investigation will reveal about Holmes. We do know that he told police he was “the Joker” — an enemy of Batman — and that his hair was dyed orange-red like the Joker’s. We also know he behaved strangely enough that the safety-conscious owner of a Colorado gun range refused to let him join. Like Loughner, he was a loner, and had recently dropped out of graduate school.

Add to this the fact that schizophrenia often emerges in a person’s early 20s, and you have a very high probability that Holmes is also mentally ill.

There are surely those who want to see Holmes and Loughner both executed and who will read this and say, “Who cares if they’re crazy?” If we want to prevent future massacres, we all need to care. We must find a way to identify those with dangerous mental illness and see to it that they receive the treatment they need before they go on a murderous rampage. But here in the U.S., one big problem stands in our way: Who’s going to pay for it?

It’s hard to convince people in the United States that we as a society need to address mental health in part because a stigma surrounds mental illness — but also because a great many Americans are convinced that all health care should be left to the free market. How can we expect those who don’t want a “public option” for children with cancer to give a shit about young men with schizophrenia?

Ultimately, however, mental health is a public health care issue, and we’re already paying for it. Some mentally ill people live homeless on the streets, ending up in emergency rooms when their bodies are sick, contributing to the high cost of health care and our high insurance premiums. The majority of people in Colorado’s jails and prisons have some form of mental illness, often complicated by drug or alcohol addiction. Incarceration costs taxpayers more than $30,000 per inmate per year. Oddly, we’re OK with throwing money at prisons, preferring punishment to treatment.

But mental illness can be just as deadly as a killer virus, as Loughner and others have so horrifically demonstrated. So while we start yet another conversation on gun laws — and while investigators try to figure out how Holmes managed to break laws we already have by purchasing an extended magazine — let’s figure out how best to identify and treat those with dangerous mental illness before their sickness leads to the loss of precious lives.