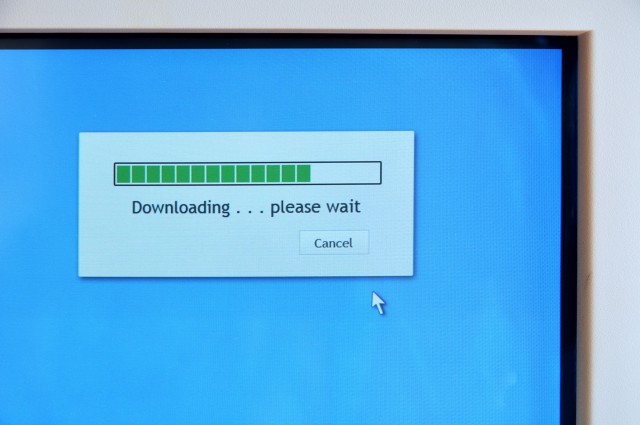 It’s time you worked for free. Why?

Because there are lots of people out there who want the benefits of your labor but don’t want to pay you for it. Hey, you’re not entitled to make a dime.

If you sell cars, wait tables, or make widgets for a living, you’re fortunate. Those items can’t be digitized, so people have to pay for them or risk a trip to jail. If you’re a photographer, a filmmaker, a musician or an author — successful or relatively unknown — then a portion of your income is being siphoned off by people who steal your product using torrent and file-sharing sites.

Chances are, a significant number of you just rolled your eyes or felt your tempers flare. After all, a lot of you feel that it’s your right to download whatever you want from the Internet without paying. But hear me out if you can.

Although I didn’t support SOPA/ PIPA, I was happy to see Congress at least exploring the issue of online piracy. I was concerned by the hate-filled anonymous rants of people who defended their right to steal — as if there were something noble about taking another person’s work without paying for it. These people probably felt it was OK to cheat on tests in high school, too. But I digress.

From the online posts, you’d think that stopping online piracy by itself constitutes censorship. But it’s no more “censorship” to stop someone from stealing movies off the Internet than it is to stop them ripping off a stack of DVDs from Target.

It’s a personal issue for me. I’ve written 11 novels, 10 of which are available in libraries, used book stores, in the chains, in e-book format — and online at any number of pirate sites. One site provides a download counter, which shows that almost 200,000 copies of my books have been stolen via that site alone.

Certainly, the vast majority of those illegal downloads would not have resulted in book sales had the content not been available. But if even 1 percent of the people who’d downloaded it illegally had purchased the book instead, it would make a difference in my life and in the lives of all the others I work with, from my webmaster to the websites where I advertise.

Jimmy Wales, Mr. Wikipedia, also a millionaire (though one who has given away much of his wealth), said our current system of DMCA takedown notices is working and that tampering with the Internet could negatively impact innovation.

I send several DMCA takedown notices every week — only to watch those same links go up again and again. So, no, Mr. Wales, the system isn’t working.

And what about artistic innovation?

The talent required to take great photos, record moving music, make a worthwhile film or write a compelling book isn’t developed overnight. People struggle for years to become good at their craft. Nowadays the reward for years of hard work is to have that work stolen.

What’s missing is some level of honesty and integrity. Pirate sites aren’t the problem; it’s the larceny lurking in the human heart that’s an issue. Everyone wants something for nothing.

We’ve devolved from a culture where right and wrong mattered to one where the only thing we care about is what we want. We want good grades, so we cheat rather than studying. We want entertainment, so we steal rather than saving money. And we’ve become so blasé about such things — so morally egoistic — that we don’t even see them as wrong. But they are wrong.

SOPA/PIPA wasn’t the right way to deal with online piracy, but let’s keep working toward a solution that both supports freedom and shows respect for the effort of artists whose work we enjoy.