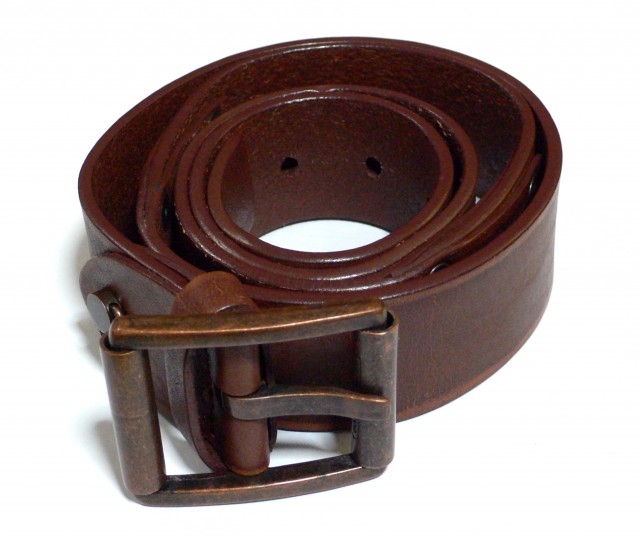 You’re sitting in a coffee shop. You notice that the adult sitting next to you is logged on to one of those torrent sites and is illegally downloading music, movies, books and games. Knowing that this person is breaking the law — and determined to teach him right from wrong — you get up, pull off your belt, and proceed to beat this person for the next six minutes, shouting and berating him for this blatant act of stealing.

Well, you would never get away with that. Others would intervene. Then the police would arrest you on assault charges.

If only that person had been your daughter, a minor child who is much smaller than you and entirely dependent upon you. Then you would have been able to beat the shit out of her with impunity.

That’s what one Texas father did.

William Adams, an elected court-at-law judge in Aransas County, caught his disabled 16-year-old daughter, Hillary, downloading games and music illegally and went after her with his belt — for six horribly violent minutes. Adams struck Hillary again and again on her arms, legs and abdomen with the belt, shouting profanity at her and even threatening to strike her “fucking face” if she didn’t lie down on the bed and submit. Hillary’s mother helped, at one point, taking over in an apparent attempt to tone down the beating, but Adams didn’t go along with that. He left the room, returned with another belt and resumed striking Hillary, not yet satiated in his desire to punish her.

“I’m going to beat you into submission!” he shouted, striking her again and again while she begged him to stop.

The public has become very familiar with William Adams’ idea of “discipline” because Hillary, now 23, hid a camera in her room and videotaped the beating, which took place seven years ago. Ms. Adams, who said it was not the only time her father abused her, released the video on YouTube after her mother and younger sister left her father, and it quickly went viral, garnering more than 5 million views.

Adams, who stepped down from the bench temporarily, is facing a judicial review, though the district attorney will not file criminal charges because the statute of limitations has passed.

Yet, despite the public outcry, Adams defends what he did as “disciplining” his disobedient daughter.

How is that there are still parents in 2011 who believe that the way to teach children is to cause them pain? There is no other relationship where one person is permitted to hit someone else without facing arrest.

But if you’re a parent, you can get away with smacks, whacks, paddling, spanking and beating your child with a belt and call it “discipline.”

To make matters worse, children love and trust their parents as they love and trust no one else. And yet the role of parent is the only one that enables one person to do violence to another and get away with it. Our laws don’t intervene in the parent-child relationship until violence reaches the level of “abuse,” a much higher threshold than the one that pertains to assault. A few smacks, some spankings, a whack with a belt, and society is largely OK with it.

While much of the country is outraged by the brutality in that video, there are many who defend Adams, quoting the Bible to prop up their medieval notions of parenthood. What would Jesus have done had he confronted Hillary? Just guessing, but I doubt he’d have shouted, “If you so much as fucking look at me wrong, I’m going to wear your fucking ass out with this belt!” Striking kids, hitting them, beating them isn’t about discipline; it’s about intimidation and dominance. It’s as lazy as it is brutal, skipping the hard work of teaching children in favor of controlling them through fear.

If Adams had been serious about teaching Hillary a lesson, he might have made her pay for the items she stole, working off her debt through chores. Or he might have taken a restorative justice approach — proven to have a big impact on young people — and required her to do a report on the harm that pirating does to the livelihoods of musicians, film professionals, writers and others. There’s nothing like empathy for those you have wronged to make you feel contrite.

It wasn’t that long ago that a husband could beat his wife and get away with it. Although partner violence still occurs, it’s now illegal.

Anti-government wingnuts might not like it, but it’s time to give children the same respect under the law that we give everyone else in society by criminalizing violence as an acceptable form of discipline. One whack or six minutes worth of belt blows, it’s still the same thing — using violence to break a child’s will.