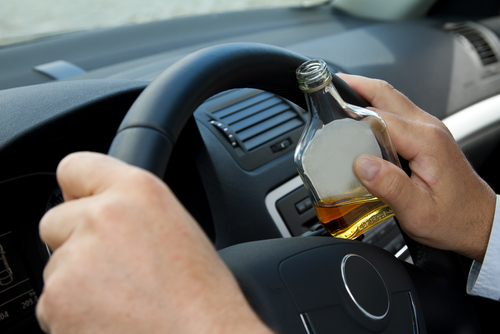 Heather Surovik, 27, started out the morning of July 5 heavily pregnant and surely wondering when she would go into labor. That afternoon, she got into her car with her mother and 5-year-old son — and her life was changed irrevocably.

Surovik’s car was struck by Gary Sheats, 52, who allegedly fled the scene of the accident, leaving Surovik, her mother and her son injured. All three survived, though Surovik was badly hurt and remains hospitalized.

Sheats was allegedly drunk at the time of the crash, his blood alcohol level at .292 — almost four times the legal limit. The tragic outing is not the first time Sheats has gotten behind the wheel while intoxicated. He’s been arrested six times since 1980 for driving under the influence, including two arrests in 2008.

Six times. Surovik’s grandfather expressed his family’s justifiable “outrage” that this happened in this statement to the media: “[We] do not understand how our justice system would allow this tragedy to occur, when someone with five DUIs would be allowed behind the wheel of an automobile and given the opportunity to hurt a family so deeply.”

Our justice system recognizes that some crimes cause more harm than others. It also recognizes that some offenses are more likely to be repeated and therefore require more intense monitoring. Sexual assault is one of those crimes. The term “serial rapist” is redundant because those who commit sexual violence, whether against adults or children, will do it again and again and again. As a result, sex offenders are required to register and are watched more closely than, say, embezzlers.

Drunk driving is another crime with a high recidivism rate, and although most of us wouldn’t think to put drunk drivers in the same category as rapists and pedophiles, drunk driving results in heartbreaking, irreparable devastation for victims.

In 2008, more than 31 percent of fatal car crashes in Colorado involved a drunk driver. One study found that 39 percent of those who were currently undergoing rehabilitation for drunk driving in Colorado had at least one prior drunk driving offense. The Denver Office of Drug strategy reported in 2010 that, on average, first-time drunk-driving offenders had driven under the influence 87 times before being caught.

Should we take a page from the way sex offenders are managed and require repeat DUI/DWAI offenders to register so that they can’t buy alcohol again? I can’t see that as a popular option. None of us want to submit to a background check every time we buy a bottle of wine.

Although treatment has reportedly shown some impact for those who complete it, it clearly doesn’t solve the problem. Alcoholics eventually work their way through the system and regain access to vehicles. And some start drinking again.

Suspending their licenses also isn’t enough. I’ve read plenty of police reports involving drivers whose licenses were under suspension. And don’t forget the option of stealing. My cousin was killed when a drunk driver — in this case a soldier — stole an army truck, went AWOL, and crashed his g-ride into her car. She was 17.

Right now, Colorado combines jail or prison time with treatment. The sentence depends on how drunk a person was when they were arrested and how many offenses they’ve committed. We also make use of ignition interlock devices (IID). IIDs require someone to breath into a breathalyzer-type device in the car and won’t permit the car to start if it detects alcohol in the bloodstream. Repeated studies demonstrate that IIDs reduce recidivism by 35 percent to 90 percent, but only as long as they’re in place. When the IID is removed, recidivism rates return to normal.

The bottom line is this: When someone like Sheats with a history of DUI arrests gets behind the wheel while drunk, we are clearly failing to protect the public.

So what’s the answer? Longer treatment periods and more prison time for repeat offenders? The permanent installation of ignition interlock devices (IID) on all cars to which a repeat offender might have access? A permanent driving ban for offenders with three arrests?

I don’t know. But I do know that whatever solution we might find comes too late for Heather Surovik and her family. They have lost something precious they can never have back.

Respond: letters@boulderweekly. This opinion column does not necessarily reflect the views of Boulder Weekly.