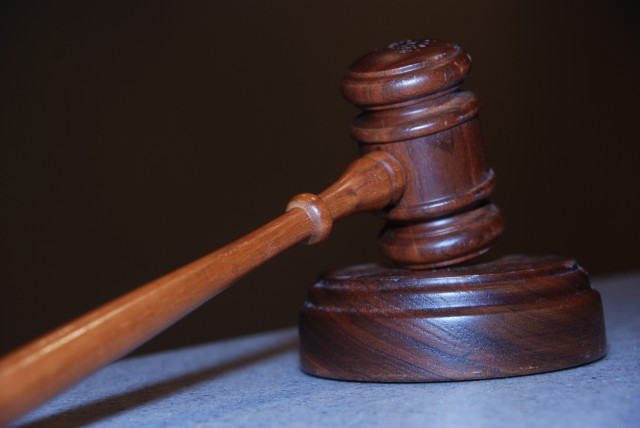 In the past couple of years, the city of Boulder has done a number of things not to help the homeless, but rather to make life much more difficult for them.

First, it was the camping ban.

Though this ban on sleeping in public places has long been in effect, it garnered a great deal of attention when enforcement seemed to pick up, with homeless people being ticketed for sleeping — something every human being must do.

Then it was the park closures. The closures were a way of reining in Occupy Boulder protesters, but they also eliminated the need for the police to determine whether someone was camping in a park or whether they were simply sitting in a park. Now, it’s against the rules to be in the park during a closure, whether you’re asleep or not. The new rule also enables police to confiscate personal belongings “abandoned” in the park during a closure.

Now, Boulder City Attorney Tom Carr has notified our city leaders that he wants to eliminate our right to jury trial for most municipal tickets. Why? In part because he would like to do away with the glut of requests for jury trials from homeless people who’ve been ticketed as a result of the camping ban and the park closure rules.

Carr would accomplish this by getting the penalty for a first or second offense lowered from a maximum of a $1,000 fine and up to 90 days in jail to a $500 fine. Offenders would still have access to a trial by judge, but could not request a trial by jury.

While it’s a great idea to eliminate jail time for city tickets — people who don’t have car insurance, who litter or who fail to shovel snow off their sidewalk don’t belong in jail — we shouldn’t let the city take away anyone’s right to a jury trial without a knock-down, dragout fight.

That right is enshrined in the Sixth Amendment to the U.S. Constitution, but the ideas behind it go back to Magna Carta. The intent of a jury trial is to allow those accused of crimes to a hearing before their peers, rather than leaving them subject to the whims of the ruling class.

David Harrison, a local attorney, has taken on the cause of those homeless who’ve been ticketed for sleeping in public. Since 2010, he’s requested jury trials about 60 times.

“There are two or three hundred people who are going to be on the street any given night in Boulder,” Harrison says.

There simply are not enough beds to get everyone off the street. By closing public parks at night, the city created yet another obstacle for the homeless when it comes to finding a place to be at night.

“Now I guess it’s too much trouble to give these people jury trials,” Harrison says.

There are probably several reasons why Carr would like to eliminate people’s right to a jury trial. For one, jury trials are more time-intensive, requiring courts to question potential jurors and seat a jury. Secondly, dismissals and acquittals cut into city profits. But perhaps most importantly, jury trials are much more likely to result in dismissals and acquittals than trials by judge.

Juries, after all, can choose not to convict if they believe a law is unjust or was unfairly enforced, whereas judges are more likely to look at the letter of the law. A pattern of acquittals helps to weaken unjust ordinances and statutes, calling the law itself into question. And that’s exactly what is happening with jury trials of the homeless in Boulder.

Harrison says that during the questioning period, he’s seen potential jurors react with shock to learn the details of our homeless camping ordinance. And it shows in their verdicts. Of the homeless cases Harrison has taken, 78 percent have either been dismissed or won at trial — a percentage that takes a lot of the fun out of busting homeless people.

But if jury trials are eliminated, Harrison says, that percentage will shrink dramatically.

City Council was stupid to pass the park closure rule. Let’s hope they find the principles and courage to stand up for our right to a jury trial. If Boulder’s municipal courts can’t handle the load of jury cases requested by homeless campers, perhaps the real problem is the law itself.