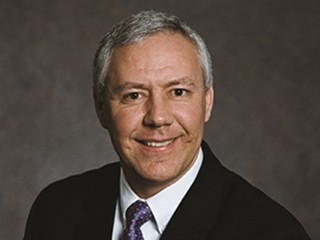 Five years ago, Ken Buck, district attorney for Weld County, declined to prosecute a rape case. His reasons for doing so ought to concern every woman in Colorado regardless of political party.

The case, brought to light by Progress Now, involved a young woman who was a student at the University of Northern Colorado. She’d had too much to drink and invited a former boyfriend to come to her apartment. At some point after his arrival, the ex-boyfriend climbed on top of her and had sex with her despite the fact that she said “no” and drunkenly tried to roll away from him. According to the ex’s own statement, the victim was so intoxicated that he couldn’t wake her up afterward to apologize for what he’d just done.

It seems like a pretty clear-cut case of date rape. State law defines having sex with someone who is unconscious, helpless, or too intoxicated to give consent as rape. Period. Also, having a prior or even a current sexual relationship doesn’t mean that a man can’t be convicted of rape. If a married woman refuses to have sex with her husband and he compels her, it’s rape by law, even though the two share a bed every single night.

But Buck seemed to have forgotten all of this. At the time, he told the Greeley Tribune that “a jury could very well conclude that this is a case of buyer’s remorse.”

In an audio recording made by the victim without Buck’s knowledge — legal under Colorado law — Buck repeatedly tells her that he won’t prosecute because he isn’t convinced by the evidence and doesn’t believe a jury will be, either. He then proceeds to make the alleged rapist’s case himself.

Because the two had previously had a sexual relationship and because she’d let him into her home, Buck says, it seems to him that she was inviting him to have sex with her.

But let’s not put words in Buck’s mouth. Let’s let him hang himself with his own rope.

Here are key excerpts from a transcription of that audiotape, available online:

Victim: “His statement says [reading from report],… ‘When he finished, [he] tried to get the victim to wake… so he could apologize.’ How is that not ‘physically helpless, meaning unconscious, asleep or unable to act’?”

Buck: “Because when you look at what happened earlier in the night, all the circumstances, based on his statements and some of your statements, indicate that you invited him to come to your apartment… that you told him how to get in… It would appear to me, and it appears to others, that you invited him over to have sex with him.” (Emphasis mine.)

Buck: “I’m telling you that’s what the circumstances suggest to people, including myself, who have looked at it. Although you never said ‘yes,’ but the appearance is consent.” (Again, emphasis mine.)

The victim then reads from the police report where the alleged perpetrator admits to a police officer that he heard the victim say “no.”

Victim: [reading from police report] “‘He stated the victim did say no. He does recall the victim rolling over and saying no.’ That’s me saying ‘no’ during the act. That’s me not giving consent.”

But Buck isn’t swayed. Because the victim was intoxicated and couldn’t remember saying “no,” he was ready to dismiss the perpetrator’s own admission and stick with his personal judgment that the victim’s actions implied consent.

Buck’s sexual politics clearly belong to the Pleistocene era. In this day and age, it’s not OK for a man to force sex on a semi-conscious woman just because she invited him into her apartment, whether she’d previously had sex with him or not. How could any prosecutor drop a case when the alleged perpetrator himself admits that the victim said “no”?

It’s an interesting question, and it was very much on the victim’s mind during this conversation. When she and her attorney attempted to push for prosecution, suggesting that they might file a motion to compel prosecution, here’s what happened:

Buck: “Be aware of something. If this… if you file this motion, it will be very public… There are a lot of things I have knowledge of, that I would assume [name of suspect redacted] knows about that they have to do with, perhaps, your motives, for [unintelligible]… and that is part of what our calculation has been in this.”

Victim: “I’m interested to hear more about that, my motives, for what this has been.”

Buck: “You have, you have had his baby, and you had an abortion.” (Emphasis not mine.)

Buck: “Why don’t you clarify?”

Victim: “I did have a miscarriage. We had talked about an abortion. That was actually a year and a half ago…”

And there you have it.

It seems clear based on Buck’s own words that he was unwilling to prosecute this case because the victim’s circumstances and the decisions she’d made rubbed him the wrong way — and because he’s pretty certain a jury would feel the same. The victim had sex with the perpetrator in the past, had gotten pregnant by him a year and a half prior to the alleged sexual assault, and, according to him, had chosen abortion.

Yes, it’s difficult to get rape convictions from juries at times, because too many people are still ignorant and harbor biases regarding rape and double standards when it comes to women’s sexuality.

But it’s a prosecutor’s job to school the ignorant and explain to a jury that, according to the laws of our state, there are no excuses for rape — not intoxication, not previous sexual relations, and certainly not inviting a man into your apartment.

If a DA can’t stand in front of a jury and argue a case like this, he doesn’t belong in office.
Of course, Buck isn’t running for district attorney. He’s running for U.S. Senate, where his decisions will impact more than a single rape victim in Weld County. His extreme stance on abortion — he believes abortion should be illegal even in cases of rape and incest and has waffled on Amendment 62, which would give rights to fertilized eggs — sets him apart as a man who’s unsympathetic to rape and incest victims. But this particular case shows a man who seems unsympathetic to women in general.

Women’s groups have long opposed Buck for his stance on abortion. And now it seems that stance influenced his handling of this case. At one point, the victim seems to believe she has to defend herself against what is tantamount to an accusation from him — that she’d had an abortion. She tells him it was a miscarriage, but it shouldn’t have mattered either way. That fact ought to have been irrelevant.

So whom will Buck represent if elected? Goaty old men with antiquated notions about women and sexuality? Religious extremists? Frat boys? Hard to say.