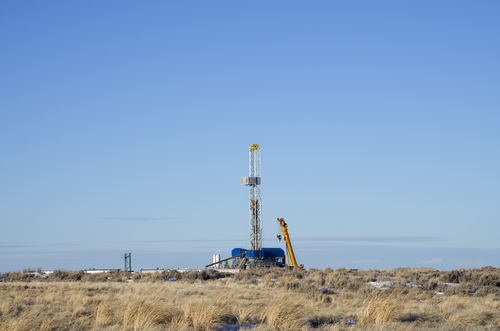 If a group of Longmont citizens has its way, Longmont will become the first city in Colorado to ban hydraulic fracturing, aka “fracking,” within the city limits.

The group, which calls itself Our Health, Our Future, Our Longmont is gathering signatures to put a charter amendment on the November ballot that would ban fracking in Longmont and prohibit the extraction industry from storing fracking waste in open pits or disposing of it in the city.

The proposed charter amendment was approved by the city clerk this week, clearing the way for the group to gather the nearly 6,000 signatures required to get the measure on the ballot. Let’s hope they succeed.

Though the Colorado Oil and Gas Association (COGA) whines that extraction regulations in Colorado are the toughest and most onerous in the nation, the truth is that fracking is a dirty industry that has put money in the pockets of oil and gas moguls while cluttering our landscape with unsightly fracking rigs and demonstrating little regard for homes, wildlife or communities. It has compromised our air quality and injected pollutants into our earth. It has encroached on our neighborhoods to a degree most of us could not have foreseen, destroying many residents’ peaceful enjoyment of their homes and putting our health at risk.

Our harsh regulations have been demonstrated to allow certain air pollutants to reach five times the level deemed safe by the EPA within a half mile of fracking operations, as a three-year air pollution study conducted by the University of Colorado Denver School of Public Health revealed.

If you have frackers for neighbors, chances are your air quality is compromised.

As this measure moves forward, expect the oil and gas industry to squeal like a stuck pig. They will tell us this is about employment and threaten us with statewide economic catastrophe if this measure passes. But jobs that contribute to the destruction of the environment and which depend on an exhaustible resource aren’t jobs in which Colorado should invest.

They will tell us this is about freeing America from dependence on foreign oil. Except that no amount of fracking in Longmont will accomplish that worthy goal.

They will tell us that gas prices will go up (which is inevitable anyway), and they’ll threaten to take their toys and go to another state (could we get so lucky?).

What they won’t admit is how much they like making money off our state’s resources. The resource extraction industry has always operated on a “take what you can, as fast as you can” basis, often with little regard to the environment and people affected by their operations. Its CEOs are among the most richly paid in the nation. The Wall Street Journal reports that the CEOs of oil and gas companies have “the highest median value of total direct compensation,” which stood at $13.7 million in 2010.

What the oil and gas industry desires is corporate profit and personal gain, and, apparently, they don’t care what price we pay to make them richer. What we want are regulations that truly prevent damage to our land, water and air, and which protect our health. Which is the nobler goal?

This proposed change to Longmont’s charter is a no-brainer. If the charter amendment doesn’t pass, TOP Operating will move forward with constructing multi-well pad drilling sites next to Union Reservoir, city neighborhoods and between Trail Ridge Middle School and Fall River Elementary School.

Fracking next to our neighborhoods and schools? It’s time to stand up to the oil and gas bullies. Where do I sign?

For more information on the proposed charter amendment, go to ourlongmont. org/charter-amendment. A petition drive kick-off event will be held on Thursday, June 7, from 6:30 to 9:30 p.m. in the Community Room at Front Range Community College, 2190 Miller Dr., Longmont.