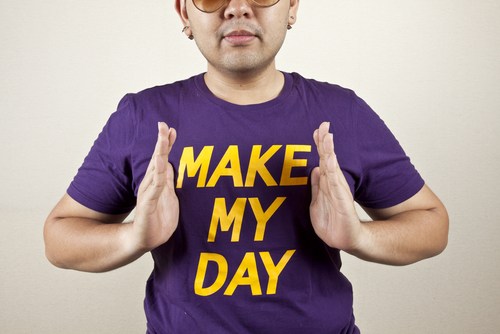 A sound wakes you from deep sleep. For a moment, you think it must have been your imagination. Then you hear it again — movement inside your house — and you realize that it’s real. A stranger has invaded your home in the dead of night.

On a punch of adrenaline, you get out of bed, maybe reach for the phone and dial 911. You know that seconds could mean the difference between life and death for you and your family members, but the police are minutes away. So you grab your firearm.

You’ve had some firearms education, so you do what you’re supposed to do, only it seems so much more frightening because it’s not an exercise. You shout for the intruder to leave. You warn them that you’re armed.

And still the intruder keeps coming, his refusal to heed your warnings a sign of dire intent.

Heart thudding, you warn them that if they come any closer, you’ll shoot.

When they enter your bedroom, you aim at a shadow and pull the trigger.

This is what Timothy Justice and Doreen Orion experienced at about 3:30 a.m. on Wednesday, May 23. As someone whose home was invaded in the middle of the night, I can empathize with their fear when they realized the bump in the night was real. I’m certain they felt their lives were in danger.

In my case, the intruders were two men with switchblades. In the case of Justice and Orion, the intruder wasn’t a thug or even a “he,” but a drunk young woman who is lucky to be alive. Zoey Ripple, 21, a recent CU grad, reportedly had a blood alcohol content above 0.2 when she was shot, more than twice the limit of .08, the level at which an adult would be considered “driving under the influence,” or DUI.

Boulder County District Attorney Stan Garnett was absolutely right not to file charges against Justice, who fired the shot that struck Ripple in the hip. Under Colorado’s “Make My Day” law, residents are allowed use deadly force on strangers who invade their homes. Justice had no way of knowing that Ripple was just a drunk woman and not an armed assailant. He did what he felt he had to do to protect himself and Orion. Our laws give people that right.

Garnett is catching some heat, however, after his office announced it would be filing a charge of first-degree felony trespassing against Ripple next week. Some folks seem to think that getting shot was punishment enough and that Ripple ought to be allowed to deal with her injury and go on with her life at this point.

Sure, a felony charge is serious, but I seriously doubt Ripple will be convicted of the charge. Plea bargains are, after all, the SOP of our justice system.

Still, people need to remember that what Ripple did was not a victimless crime. The gunshot wound was simply an unfortunate consequence of her actions. She’s lucky Justice wasn’t aiming a shotgun her way. No, Ripple is not the victim here.

Through her bad judgment, she put two people through what will surely be remembered as one of the worst nights of their lives, not because Justice pulled the trigger and shot
someone, but because he believed for long, terrifying moments that his
life and that of Orion depended on his doing so.

While
getting shot was the immediate, regrettable result of Ripple’s action,
facing criminal charges is the legal consequence of her irresponsible
behavior.

Let’s hope the justice system acts with a balance of gravity and compassion in her case.

At
the same time, as I watched media coverage of the incident, I wondered
how much of the public comment was sparked by the photos of Ripple as a
smiling, pretty, blonde co-ed. What if she’d been a black man who’d
dropped out of high school? What if she’d been a Latino or a biker with
tattoos or a homeless man? Would people be as quick to say that getting
shot was punishment enough?

Being
a young, pretty blonde female is not a mitigating circumstance. As
unfortunate and sad as the entire situation is, there is still a price
to be paid.