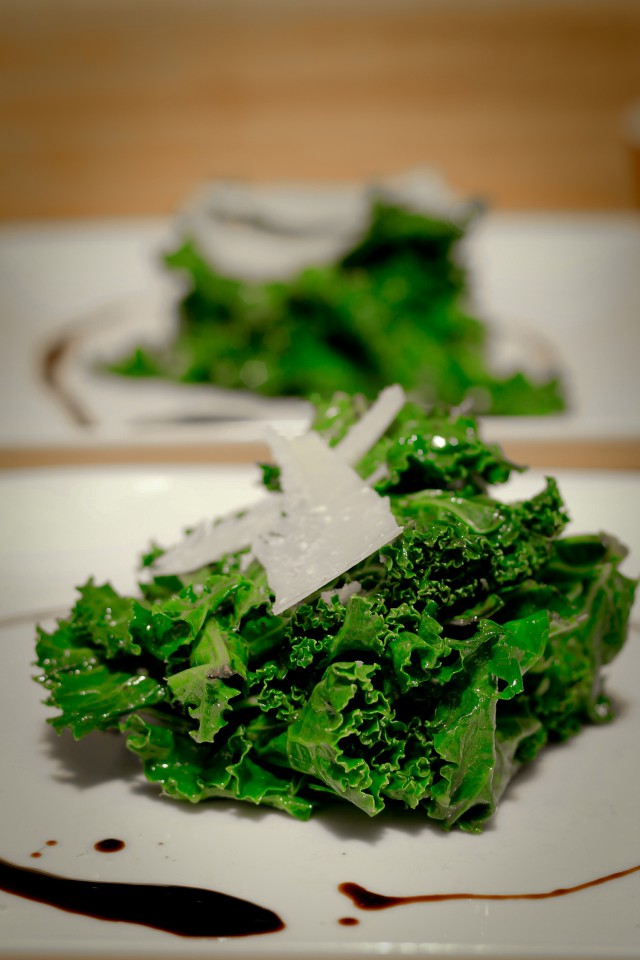 For the past few weeks, I’ve been sharing some recipes that, in retrospect, haven’t been the healthiest options.

Sure, pizza, in moderation, especially with a mostly wheat crust, probably isn’t going to result in an upgrade in coffin size and a rush order, but it’s not what I would consider healthy.

So this week, I wanted to do something fast, easy and healthy. Cue the kale.

Not only does it taste great braised in stock, but it’s a far more robust stand-in for spinach in dishes like lasagna and ravioli.

However, I meet so many people who aren’t down with kale, and their reasons come off as disingenuous excuses.

No matter who you voted for in 2008, you’ll remember this odd feature of the political landscape that emerged once Obama got the Democratic nomination. Older white people, on camera or through microphones, no less, when asked why they wouldn’t vote for him, all said some amalgamation of “I don’t know. There’s just something about him.”

Now last time I checked, this country doesn’t have a tradition of oppressing kale. The nutrien-trich green wasn’t relegated to the back of produce aisles 50 years ago. And the people I know who have an inexplicable dislike of kale aren’t even old white folks.

Maybe it’s ignorance. There is apparently such a big problem with unabashed kale hate that I’ve even seen marketing campaigns, replete with misguided slogans — a T-shirt I saw the other day read: “I [kale leaf] kale.”

I guess that’s supposed to be a play on “I [heart] NYC.” Notice, though, in this latter example, an image of a heart is used to replace the word heart, which I think we can all agree makes perfect sense.

The veggie campaign does make a point, though. I mean, we should all kale kale.

Not only is kale delicious cooked, as long as it hasn’t been boiled mercilessly all day, but it is a wonderful and refreshing raw delight.

Yes, raw kale. A kale salad is a perfect accompaniment to a rich meal. But it has enough nutrients that it can be a meal all on its own.

And if the taste and the fact that it’s good for you aren’t enough, you can make the salad well in advance of a meal, because kale won’t get soggy and gross if it sits dressed for a few hours.

Makes enough for about 4 small salads

One bunch of kale

1 tsp. lemon juice Salt and pepper to taste Any hard cheese (I prefer Parrano Robusto in this salad, but get whatever you like)

So please add one thing, then taste a leaf. It will ensure a well-dressed and delicious result.

First, remove the spines of the kale leaves. You’ll be chewing them all night if you leave them on. You can keep them if you plan on making stock. After the spines have been removed, I usually tear each leaf into pieces no bigger than 3 x 3 inches.

Place leaves into a large mixing bowl and add olive and balsamic and toss. You want to coat all the leaves. The great thing about kale is that it won’t soak up the oil too much, so you can’t really over-dress. But we only want a hint of the balsamic, so make sure to taste a leaf after and adjust accordingly.

Add the lemon juice. Taste. Either finely mince the garlic clove or put it through a press. You want little bits to cling to the leaves, but a mouthful of garlic will ruin the whole dish.

Salt and pepper to taste, and finish it off with thin shavings of the hard cheese (I use a potato peeler, but apparently they make tools especially for this). Enjoy.