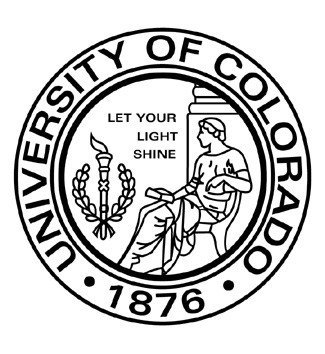 So when it comes time to elect one, they either skip that ballot item or choose someone based on political party.

During one election when I was in my 20s, I even voted for a regent simply because his last name was Beer.

And in most years, that’s OK. After all, the governing board of the state’s flagship university doesn’t affect the everyday life of most Coloradans.

But this year is different. This year, voters have a chance to give Democrats the majority on the University of Colorado Board of Regents for the first time in three decades.

Currently, the board is controlled by Republicans, 5-4. Three positions are up for election this November, and two of those seats are expected to stay with their current parties, given political dynamics in the First and Fourth Congressional Districts. The third race, however, a statewide contest between incumbent Steve Bosley, a Republican, and CU law professor Melissa Hart, a Democrat, is a toss-up. Hart says she and Bosley are in a statistical dead heat. (Oh, yeah, and Libertarian Jesse Wallace is also running.)

If Hart wins, the board will turn blue for the first time since 1980, according to election results documented in CU historian Bud Davis’ Glory Colorado: Volume II.

Wrong. Bosley is probably correct when he says the majority of issues the regents deal with are not decided on party-line votes, but that doesn’t mean that faculty, staff, students and the public haven’t felt the effects of having a Republican-dominated board for 30 years. Hart says the board should be focused on affordable education, not “weird, extreme political issues.”

In past years there have been numerous initiatives driven by right-wing agendas, many of which have trickled down from national conservative think tanks like the American Council of Trustees and Alumni.

There is the periodic questioning of whether student fees are used disproportionately to fund liberal guest speakers. Republican board members consistently ask whether the faculty’s teaching load is heavy enough, and their anti-intellectual skepticism drives them to conduct assessments on how much students are actually learning.

They
push for pet programs intended to strengthen the core curriculum and
shore up “traditional” studies in disciplines like civics and Western
civilization. They question the need for fields that encourage social
justice, like ethnic studies. Over the years, right-wing regents have
fought against offering domestic partner benefits and prohibiting
discrimination against homosexuals. They have suspected faculty of
inflating grades and pushed for more power over academic matters, which
are traditionally the purview of the faculty (and rightly so).
Republicans accuse faculty of being too liberal, and they introduce
concepts like “intellectual diversity” — if not to get more
conservatives hired, then at least to ensure that Republican students
aren’t being stifled somehow in class.

At
the beginning of the 2005 Ward Churchill debacle, before accusations of
research misconduct arose, it was primarily the Republicans calling for
Churchill’s head on a platter because he had the audacity to exercise
his free speech rights and academic freedom by expressing a hugely
unpopular view.

It
has been this right-wing-controlled board that has started hiring CU
presidents who are not true academics who understand and protect faculty
rights, but Republican politicians and businessmen.

One
of the most recent examples of politics playing a role in regents’
deliberations came in June when Bosley opposed taking legal action to
defend his own board’s authority to ban guns from campus. He says it was
primarily because he didn’t think the legal action would be successful,
but he also acknowledges that his position was consistent with his
desire to allow concealed weapons on campus, because people are
unprotected without them.

For
her part, Hart targets Bosley for attending Tea Party rallies and
firing up audience members by telling them they are “the stormtroopers
at the gate, waiting to take back America.” In his defense, Bosley says
he was just trying to spice up one of his previous rallying cries about
Republican “foot soldiers.”

While he says the term “stormtroopers” was a reference to Star Wars, not
German soldiers, he acknowledges that it “was not a good choice of
words.” He says he does not consider himself a Tea Party member, and
that “I speak to any group that invites me.”

Hart
also questions Bosley’s stance on affirmative action, and he
acknowledges that he was in favor of Amendment 46, the unsuccessful 2008
measure that would have ended affirmative action in state government
employment and higher education. He defends his support for the measure
by saying that Proposition 209 in California did not decrease the total
number of minorities enrolled at colleges and universities, and that he
favors using socioeconomic factors rather than race or gender to
achieve diversity goals.

Understandably,
Bosley would rather talk about budget matters when campaigning, given
the funding challenges facing the university and his background in
banking and finance. And he’s got a good point when he says that the
ongoing budget cuts are the top obstacle facing the university right
now.

He even gets
in his own dig against Hart, who went to Harvard Law School and clerked
on the U.S. Supreme Court. Bosley says her experience in class-action
and discrimination law “is not what you need when you’re in the biggest
financial crisis in CU history.”

But
that’s why you pay all of those budget officers in the president’s
office and on the campuses the big bucks, so that they can figure out
the finances.

Bosley
and Hart actually agree on something: that the Board of Regents should
continue to be elected — just not in a politically partisan way.

But
until that happens, it’s clear that after 30 years of heading
starboard, Colorado’s flagship university should be steered a bit more
to the port side.

In the interest of full disclosure, it should be mentioned that Dodge is former editor of the CU faculty/staff newspaper Silver & Gold Record, which was closed down in 2009 with the support of Bosley and three other Republican regents.

Letting go of my hump day

Grappling with preserving the past, for the future