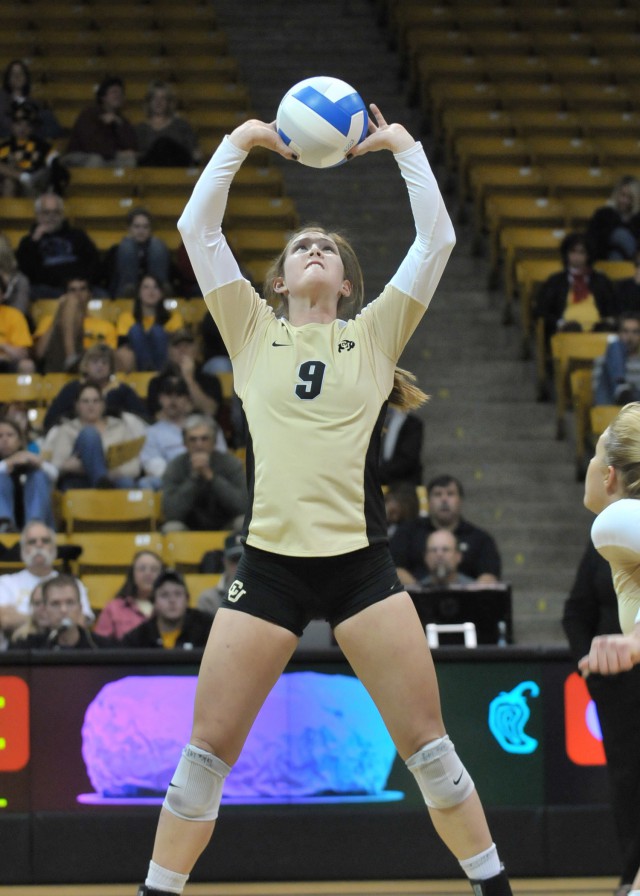 While Colorado volleyball’s official Pac-12 opener came last week against Utah, their true first test came this past weekend against the top two teams in the nation, California and Stanford.

Coach Liz Kritza knew her team was in for a rocky weekend coming off a disappointing 3-0 loss to Utah, picked to finish 10th in the rigorous Pac-12. The Buffs appeared out of sync all night, struggling to finish winnable points and failing to make quality first contact off of Utah’s serves and attacks. Kritza threw a couple of relatively fresh faces into the match, including 6-foot, 5-inch middle blocker Neira Ortiz Ruiz and defensive specialists Elysse Richardson and Caitlyn Hubbard.

That challenge would begin with the No. 1 team in the nation. California, coming off an impressive 3-1 win against rival Stanford, turned its focus to the Buffs. After dropping the first set to the Golden Bears, Colorado matched California point-for-point, even putting themselves in a position to take the second set, something that had only been done once to Cal all year. CU had match point at 24-23, and their best server, Kerra Schroeder, at the line when Cal rolled off three straight points, taking the set and, ultimately, the match, in three sets.

“We put ourselves in a position in the second set to beat the top team in the country through our aggressive serving and tenacious defense,” Kritza told CUBuffs.com after the loss. “We got better tonight as a team despite the loss simply because we were able to stick to our overall game plan for a higher percentage of the match than we had been before.”

While the Buffs lost, it was clear that they had improved from their match against Utah. Next on the itinerary would be Stanford, the second-ranked team in the nation. While their ranking stood inferior to that of California, the Cardinal proved to be a much tougher test than the Golden Bears. CU fell to Stanford without much of a fight in three sets, unable to contend with the electrifying offense possessed by the Cardinal.

CU now faces tilts with Oregon and Oregon State in Boulder on Friday, Sept. 23, and Saturday, Sept. 24, respectively. Oregon comes into the match ranked 15th nationally with only one loss, coming at the hands of nationally ranked Minnesota. The Ducks boast a win over Penn State, which has won the past four national championships. Oregon State will be one of the few teams the Buffs are expected to beat during Pac-12 play. A split over the weekend would be critical to CU’s confidence, as the Buffs find themselves in dire need of a victory, standing at 0-3 in Pac-12 play.