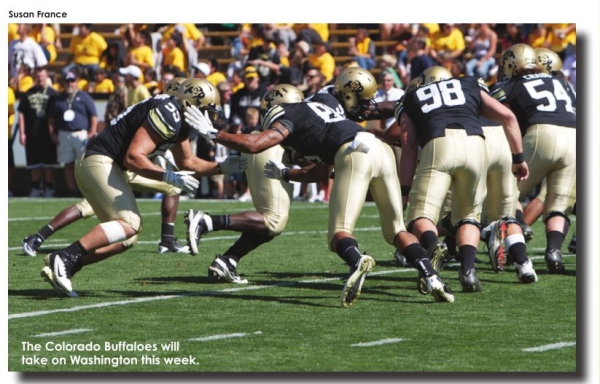 As Colorado prepares to limp into Husky Stadium on Saturday to take on the University of Washington, it may seem like the two programs are light years apart.

On paper, the difference between the teams is striking, with the Huskies coming in undefeated in Pac-12 play, but just three years ago, Washington fired its coach, Tyrone Willingham, after a grotesque 0-12 season. The Huskies responded by hiring Steve Sarkisian, a proven offensive mind as an assistant at Southern California.

Sarkisian was blessed with inheriting NFL-caliber quarterback Jake Locker, who was drafted by the Tennessee Titans in the first round of the 2011 NFL draft. Locker and Sarkisian turned the program around, going 7-6 last season, going to the Holiday Bowl and priming the Huskies for a strong 2011 campaign.

This sort of transformation is exactly what Jon Embree is trying to emulate at the University of Colorado. The team Embree inherited is almost as dismal as Sarkisian’s, and like Washington, CU has enjoyed massive success in previous years, thanks in part to a strong recruiting presence in the state of California.

Already, the fact that Embree and CU staff are trying to emulate Washington’s success has shown on the recruiting trail. CU was able to convince a few then-Washington recruits to pledge to come to Boulder right after Embree arrived on campus in early 2011. Embree downplayed the sentiment that there would be any hard feelings from the Washington staff.

“The families [of recruits] are freaking out because they think a fight is going to happen in the living room or something like that,” quips Embree. “It is kind of funny, because invariably in some cases after those home visits are done, you and that coach are going to have some dinner or something like that afterwards. The parents are like, ‘Oh no, I hope they don’t know that school X was here.’ I’m like, ‘I don’t worry about it, I’m going to see him right after the home visit.’ It is not quite like how they make it out in the movies sometimes about recruiting and all of that.”

While Embree may be bumping into Sarkisian on the recruiting trail, his team’s talent level is nowhere near that of Washington. The Huskies’ quarterback, Keith Price, completes passes at close to a 70 percent clip, nearly as impressive as Stanford’s prolific Andrew Luck. Washington’s run game is equally stout. Led by junior Chris Polk, who has run for more than 100 yards in four of Washington’s five games this season, the Huskies rank fifth in the Pac-12 in rushing yards per game.

The storyline is the same as the past few weeks for the road-standing Buffs. Injuries have further curtailed what has already been a frustrating season for CU. The latest to go down is CU’s best play er, wide receiver Paul Richardson, with a knee sprain. With a plethora of defensive players on the mend, it will be a tough task for Colorado to stop the Washington passing attack.

As the season nears the midway point and the Buffs’ struggles continue, it’s important now, more than ever, to play for the seniors, who are playing their last few games in a CU uniform.