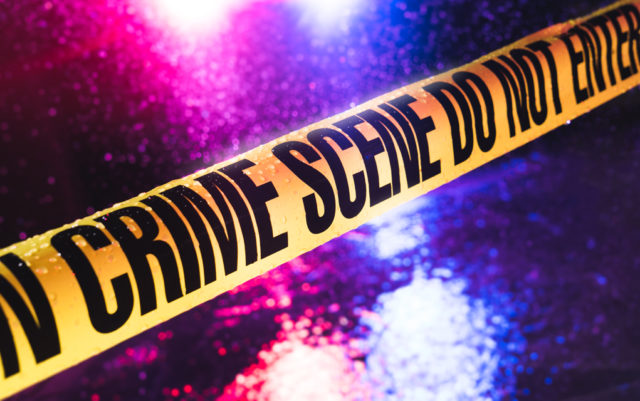 When Ryan Harp started his double major in atmospheric and oceanic sciences and psychology at the University of Wisconsin–Madison, he didn’t know for sure if he’d be able to combine his two interests into a viable career.

But a class in criminal psychology planted a seed that laid dormant until Harp began his graduate program in atmospheric and oceanic sciences at CU Boulder.

“At some point, [the instructor] talked about how temperature ties into crime rates and I happened to remember that my first year here,” Harp says. “And I mentioned it to Kris, who was pretty skeptical at first.”

Kris Karnauskas, Harp’s graduate advisor, wasn’t skeptical for long. The two have now authored their second paper on how global warming will increase violent crime in the United States. Their newest research, published on Jan. 15 in Environmental Research Letters, suggests that rising temperatures could account for as many as 3.2 million additional violent crimes between 2020 and the end of the century.

Karnauskas’ “healthy skepticism,” as Harp labels it, came from a concern that the research was, essentially, ahead of its time.

“The Venn diagram between climate change and health is huge,” Karnauskas says. “The overlap is enormous. But the Venn diagram of where it’s being worked on is tiny. Ryan is one of the few people working in that little space. I think they’re moving closer together. …  But part of my job is to see him through his degree and then hopefully he gets a job. Maybe a part of me was worried: Would this true interdisciplinary research really be valued or is it too early?”

But Harp wasn’t going into his research blind or alone. While the literature was scant, there were other scientists out there studying these types of indirect health impacts of climate change, like Craig Anderson from Iowa State University who did some of the first research on climate change and human aggression, or Marshall Burke’s team who found that higher temperatures increase suicide rates in the United States and Mexico. Just a few days before Harp and Karnauskas released their second paper, Robbie Parks at Imperial College London published peer-reviewed research that found climate change-related injuries could kill thousands in the U.S.

To begin their research, Harp and Karnauskas requested raw data on violent crime in the U.S. from the Federal Bureau of Investigations; Harp spent the better part of a year sorting the data into readable spreadsheets that made sense.

Then Harp and Karnauskas split the U.S. into five different regions that experience similar climate patterns. Philadelphia and New York City may have different weather on a given day, but “if it’s a whopper of a summer, it’s the same in both cities,” Karnauskas says.

They used 42 different climate models from various organizations to run simulations based on various climate scenarios, including the much-cited 2-degree Celsius increase the Intergovernmental Panel on Climate Change has said world governments must prevent to avoid runaway climate change.

The use of numerous climate models is a common practice in climate forecasting. The various models take different computational approaches or use different data points, and the sum of their findings can be averaged to provide the best possible overall picture.

Harp and Karnauskas were then able to “mesh” this data, finding that warmer winters could lead to increased crime, particularly in the Northeast.

“It’s a pretty simple theory, but basically having more pleasant weather leads to an increase in the number of interpersonal interactions and greater victim availability,” Harp says.

“Two degrees has been viewed as this magic threshold, but it’s somewhat arbitrary,” Harp says.

“We’re going to blow past it,” Karnauskas interjects.

That’s why they projected scenarios for 3 and 4 degrees Celsius, coming to an estimated worst-case scenario of 3.2 million additional violent crimes over the next 80 years.

Harp plans to continue his research into more direct health impacts of climate change — malaria’s relationship to climate systems like El Niño and La Niña, for example. Karnauskas sees much more to be done on how climate indirectly impacts health by way of things like crime and poverty.

“We realized we really had something special with this paper by taking the toolbox of a climate scientist who works with large data sets and … applying those basic analytical tools in our world to these adjacent and complementary fields that study what the impacts are,” Karnauskas says.

“I would think this whole theme of interdisciplinary research is the future,” he adds.