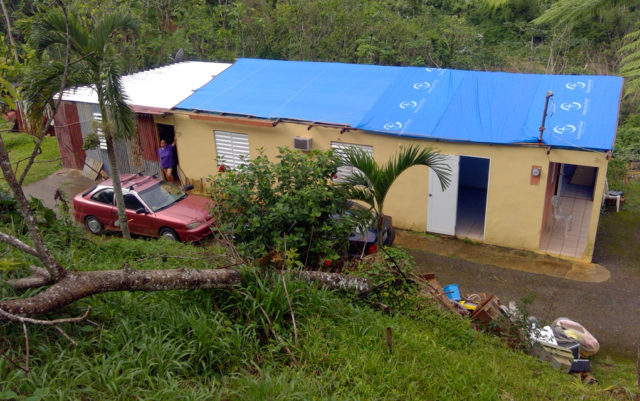 During the weeks following Hurricane Maria, the category 4 storm that wiped out Puerto Rico’s electrical grid, dozens of messages flooded the email server at HOMER Energy. The Boulder-based company is the industry leader when it comes to optimizing the design of microgrids, small electrical units that can generate power separate from the main grid, with the use of renewable resources like solar or wind. Everyone reached out to HOMER with the same basic question: How can we help the people living without power in Puerto Rico?

Four months after the hurricane, large parts of the island are still without power. Reports from December estimate the electrical grid is operating at less than 70 percent of its capacity. In rural communities on the outskirts of the grid, it could take almost two years to restore power.

In response, the team at HOMER coordinated with nonprofit organizations and solar companies on the island to provide their microgrid expertise and advice on how to better rebuild Puerto Rico’s electrical grid. HOMER sent solar integration expert Alison Mason to the island, where she provided on-the-ground solar support and witnessed firsthand the aftermath of the hurricane.

“There seems to be a natural consensus that solar is going to play a big role in Puerto Rico’s recovery and there are so many factors that make that possible,” Mason says. “This really is the silver lining behind Hurricane Maria.”

The lack of electricity has prompted some families to get creative when it comes to powering their homes. Mason interacted with one family in the Isabela region who used their car as a power source.

“They used candles for light and were running their television at night off their car battery with a long cord leading into the house,” she says.

While the microgrids provided by SPR are not designed to power a television, they can be used for many important household functions. Ranging from 10 to 50 watts, the electrical kits can charge cellphones, run a few lights or a refrigerator, and pump water. But they are by no means a permanent solution to Puerto Rico’s power problem.

“Solar education is going to be a huge part of what’s needed because living with solar power is fundamentally different from being connected to the grid,” she says.

As Mason and Wilson set up solar systems, they made sure to spend time teaching families to operate the equipment and position it so that it receives the most sun. And people living in solar-powered homes must learn to use their power more sparingly so they also helped develop plans to economically use the generated power.

But before this type of education becomes readily available, the island must improve its access to solar technology. Most equipment arrives from the mainland, and is too pricey to be a viable option for many families. Mason sees the need for a distribution service on the island that could sell equipment in bulk for lower prices. This solution may be possible with more coordination between the various organizations providing aid to Puerto Rico.

Wilson is also working to start a Puerto Rico chapter of the Solar Energy Industries Association, a U.S. organization that spearheads solar development across the country. Mason hopes that this move will create a better feeling of cohesion in the island’s solar industry.

“There are a handful of solar installers in Puerto Rico and right now they are slammed busy,” she says. “They could really use some coordination and the advantages that come with a unified voice.”

Although involvement from mainland companies has provided many communities with much needed resources, Mason and other solar experts worry that some companies may be seeking to benefit from Puerto Rico’s considerably smaller solar industry.

But a larger concern of Mason’s is the lack of available data on the scale of power outages. While experts have estimated how much of the island remains in the dark, Mason fears that these numbers do not truly reflect how many citizens are without electricity, but rather represent the generation capacity of the electrical grid.

The solar integration expert has already returned to the island since her November trip. She arrived in Puerto Rico in December to begin work on a new project: The formation of a solar installation cooperative with Mameyes de Utuado, a mountainous farming community.