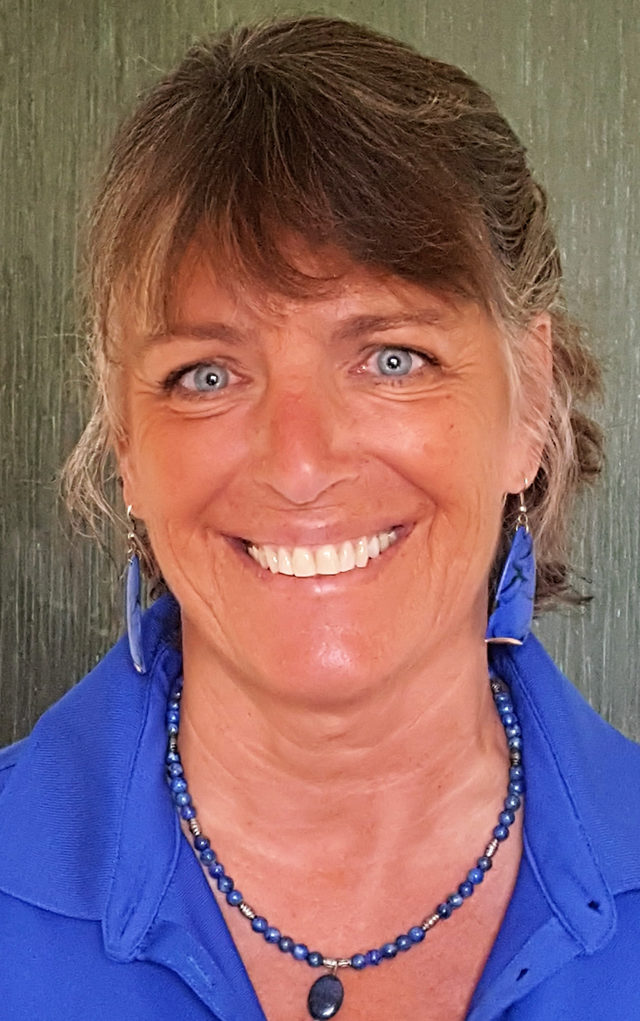 Marjie Griek came to Colorado for the first time when she was 15 years old. It was the ’70s, and the recycling movement in America was only just beginning to take shape. Griek had no idea what an impact that movement would end up having on her life, nor how greatly she would affect it. At the time, all she knew for certain was that she had found a place she loved — a place she felt at home.

“I always knew Colorado was my home,” she says. “No matter how much I travel or where I go, this is the place for me.”

Today she lives in Lafayette and works as the director of the National Recycling Coalition (NRC) — a job as complicated as it is necessary to American sustainability. And it’s a position that suits Griek well. She enjoys the challenges inherent in the nonprofit world and says that her work is rewarding. After all, recycling is something she’s been passionate about her entire life.

“I think I can safely blame my parents for my interest in sustainability and recycling,” Griek says. “They were teenagers during the Depression and that of course left a great impression on them.”

Growing up, Griek’s family reused everything they could, repairing things instead of replacing them and composting their food and yard waste instead of sending it to a landfill. There was no frivolity or wastefulness in their household and that stuck with Griek — even after she left their family home in New Jersey and found her way to the Centennial State.

However, Griek’s path to becoming the director of the NRC wasn’t exactly a straightforward one. She worked in accounting for a time and even tried her hand at marine biology in Hawaii. But then, in 1991, she says, “I went back to CU and got a degree in waste management and public policy.”

That was the first true step along her lifelong career path — her initiation into the fight for sustainability.

Since then, Griek has worked as the executive director of the Colorado Association for Recycling, and was a founding member of the Recycling Organizations of North America. After serving the NRC in various capacities over the years, she assumed her current position in 2017.

“At this point, now that I am the executive director of the [NRC], part of my duties are really re-establishing programs, creating benefits for our members and creating value for people in the industry,” she explains. The NRC’s mission is to promote and enhance recycling in the U.S. — a goal that Griek is pursuing on several fronts.

For starters, she is establishing a disaster debris task force that can help to manage recyclable materials in the wake of disasters like hurricanes, floods and earthquakes.

“We’re trying to help communities think beforehand about how much of that debris could be diverted into recycling or composting, so that they can manage the debris from a plan, as opposed to trying to react after the disaster hits.”

The task force is trying to help vulnerable communities like those affected by Hurricanes Irma, Harvey and Maria. “It’s a needed piece of the puzzle that we’re trying to help fill.”

But it’s not even the biggest piece of the puzzle, according to Griek. Currently, she says her biggest challenge as the director of the NRC is a developing situation with the Chinese government.

For years, China has been taking American recyclable waste. “They’ve been gobbling it up because they wanted it,” she says. But not anymore.

With a program known as National Sword, the Chinese have drastically changed their policy on accepting recyclable materials from the U.S. “They’re really ratchetting down on what they’re taking. … It’s just wreaking havoc on a lot of the industry.”

The U.S. does not have a recycling infrastructure large enough to handle its own recycling, Griek says. With China’s new import restrictions, that fact could become a very serious problem. One that the recycling industry in the U.S. may struggle with in the coming years. And, “It’s probably going to get worse before it gets better,” admits Griek.

Despite the gravitas of China’s National Sword program, Griek is hopeful that this situation could give the U.S. the push it’s always needed to up its recycling game.

“It’s giving us a chance to kind of sit back and look at the situation and say, ‘What can we do to improve the industry? Can we create better messaging? Are we being the most efficient we can be with collection? What other systems might we be able to implement or develop that would improve both the environmental and the financial benefits of recycling?’”

With the need for improvement becoming so acute, Griek is working hard to lead the NRC toward that vision — and to promote an environmentally conscious national economy.

Because of her efforts, and collaborative endeavors with other recycling organizations like the NRC, America could be standing on the threshold of a new era of recycling efficiency and effectiveness — an era of greater sustainability.