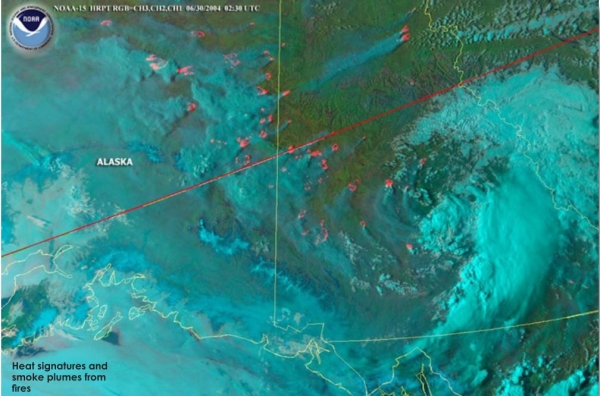 All eyes are on the southwest monsoon flow for some relief from Colorado’s record-breaking drought, but there’s a chance that regional and local haze and smoke could inhibit thunderstorm formation, potentially diminishing the chance for significant rains.

That’s what appeared to happen in 2000 and again in 2002, the last time the state was gripped by a severe drought, according to Boulder-based National Oceanic and Atmospheric Administration scientist Klaus Wolter, a researcher with the Earth Systems Research Laboratory.

The Rocky Mountain monsoon season usually starts in mid-July and lasts for about a month. Moisture from the Gulf of Mexico and subtropical eastern Pacific stream into the region from the south, helping to fuel periods of storms that can bring soaking rains in some years. Formation of the monsoonal flow is partially dependent on large-scale regional surface heating. In a year with early snowmelt — like this year — the absence of snow can sometimes lead to an early start of thunderstorm formation, according to State Climatologist Nolan Doesken.

“The possible onset of a La Niña can be good for us along the Divide and Eastern Plains, but my concern is, this year is very similar to 2002, when the efficiency of the monsoon season was reduced,” Wolter says, referring to what he called a “feeble” monsoon, despite generally favorable conditions.

Similar conditions prevailed in 2000, when, after a seemingly promising setup, the monsoon fizzled.

Doesken says he’s heard more discussion recently about the possible effects of haze on monsoon thunderstorms. He says the idea can’t be discounted, but also pointed out that there have been many summers when the monsoon was productive despite haze and smoke. He says more research is needed to test the theory.

Simply put, a regional blanket of haze may prevent the intense, localized heating needed to form the most productive thunderclouds, Wolter explains.

“It reduces the sunshine that reaches the ground. … That’s not a good thing if you’re trying to create thunderstorms,” he says, emphasizing that, at this point, the impact of haze on the monsoon is still a “back-of-the-envelope” concept.

Additionally, the haze may also become trapped in mid-atmospheric inversion, three miles high, which makes it harder for the thunderclouds to build vertically to their full potential.

Finally, the large amount of particles in the smoke may “over-seed” the clouds. Some particles are needed to form the nuclei of raindrops, but too many particles may upset the balance needed for efficient rain production.

One clue came in 2000, when Wolter’s wife, a field biologist, was using an instrument to measure the strength of the sunlight.

“She thought the instrument was broken. It was reading 20 percent less,” he says.

The impact of haze is the only reasonable explanation he’s seen for years like 2000 and 2002, when the monsoon failed after all the ingredients for good moisture were in place.

As much as the monsoon may offer some hope for quenching rains, the early part of the season can actually increase the potential for new fire starts, says Tim Mathewson, monsoon and fire weather meteorologist with the Bureau of Land Management.

Mathewson says the first wave of thunderstorms can bring dry lightning. In a year like this, with fuel moisture at all-time record low levels, the chance of a lightning strike starting a new fire is high.

“It’s going to take several surges of monsoon moisture to lower the fire danger,” he says, adding that fuels are so dry that, even during a rainstorm, a lightning strike could potentially start a fire.