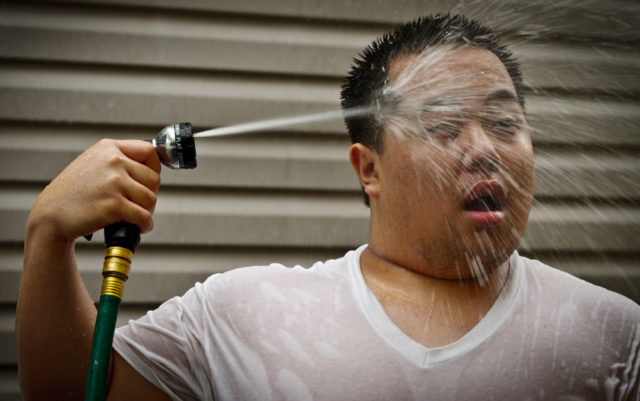 Summers to get hotter and hotter

New research from the National Center for Atmospheric Research (NOAA) shows that at the planet’s current heating rate, in 50 years almost every summer will be hotter than the last.

Scientists used weather simulators to mimic the condition of seasons in the future. They found that between 2061 to 2080, there is an 80 percent chance record high temperatures will outdo themselves every year.

This information comes right as NOAA’s 2016 State of the Climate report reveals that the past 13 months have been the hottest on record in the U.S. and the longest stretch of top temps since at least 1880. During May alone there were more than 2,100 record highs.

Regions that could be largely affected if things go unchanged are North and South America and central parts of Europe, Africa and Asia. Places like Australia and the Nordic countries have a lower chance of constant temperature crescendo, at around 50 percent, the research shows.

But it also reveals a way to cut the risk in half — decreasing greenhouse gas emissions. Using the summer simulator with differing emission variables, scientists discovered that probability of record temperatures each year drops to an average of 41 percent with emission reductions.

In some densely populated areas, however, there isn’t much chance of lowering the risk even with emissions control. Both the Swedish and U.S. National Science foundations funded the study, published in June’s Climatic Change.

NASA recently announced that an asteroid close to Earth has been drifting in and out of our orbit for the past 10 years. The manager for the Center for Near-Earth Object Studies, Paul Chodas, called the celestial body a “quasi satellite” that is “caught in a little dance with Earth.”

Asteroid 2016 HO3, which has a surface area equaling about an acre, orbits much farther out than our actual moon — up to 100 times further due to its 8 degree tilt — but continues to sweep back around and follow Earth in its 365-day revolution around the sun. While technically in the sun’s orbit, the asteroid is in Earth’s gravitational pull, which keeps it from straying too far. Scientists estimate 2016 HO3 will continue to follow this trajectory for centuries to come, Chodas said.

Astronomers using an asteroid survey telescope in Hawaii first discovered the asteroid back in April. It went floating around unnoticed until now most likely because of its small size and low luminosity; at its closest to Earth it is still only one-millionth as bright as the dimmest star that can be seen with the naked eye.

This isn’t the first case of a mock moon being pulled in by the Earth. There have been nearly 9,000 near-Earth asteroids reported, many of which pass by and a few that actually hit the surface. But there have been two other significant masses that have been dragged into the planet’s orbit temporarily until the moon and sun’s gravitations tweak their paths and eject them from the Earth’s orbit.