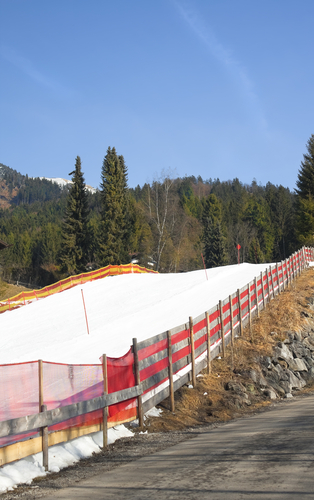 Flowers are blooming along the sidewalks. Snow on the mountains is melting fast.

Residents here aren’t sure whether to ski or golf.

But most of them are certain of one thing: Climate change is not a hoax.

The Aspen Skiing Co., the mayor, a pair of county commissioners and many
residents in town are pressuring the Aspen Chamber Resort Association
to quit paying dues and divorce itself from the U.S. Chamber, which has
aggressively lobbied against climate legislation over the years. The
680-member local chamber wrote a letter to the national group in 2010
delineating its political differences, but the debate this ski season —
the driest one here since 1976-1977 — has become far more heated.

“The U.S. Chamber is the largest right-wing, climate-denying corporate
front group on the planet. And Aspen supports it. Why?” asked Auden
Schendler, the ski company’s vice president of sustainability. “Now is
the time to actually do something that matters on climate. Aspen can be
the Keystone XL of the Chamber fight.”

Other small chambers have left the national chamber but none in Colorado or with Aspen’s profile.