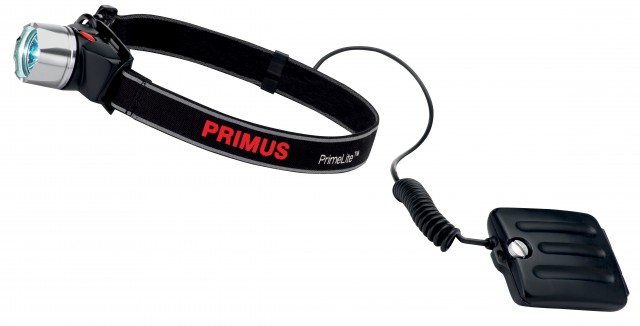 Remember when Chautauqua was a ski area? No?

In the golden aspens this fall, we finished a day of biking by riding up the final grade of the Walrod Cutoff Trail, finally stopping to catch our breath as the trail leveled out. Perched on the northern slope of Cement Creek, about eight miles south of Crested Butte, this trail provides a great vista of Cement Mountain, Round Mountain and the lower Cement Creek drainage. Sitting in the grass, gazing at the southern slope of the drainage, I distinctly made out what looked like a couple of ski trails cut into the forest, and a steeply ascending lift line cut. The trails were now densely populated with second-growth forest that looked to be 40 or 50 years old, and I could not make out any lift apparatus of any kind.

Intrigued by my “discovery,” I did some research to find out more about what seemed to be an abandoned ski area. It turns out that this little area, a few miles from my home, had, indeed, been a little gem of a ski area, cut into the steep mountainside in 1939 and aptly named “Pioneer Ski Area.” The area featured two trails, the Big Dipper and the Little Dipper. There was a small base lodge and a few cabins to stay in, currently noted by the sign for the Pioneer Guest Cabins, a small local business that continues today on the beautiful site and caters to tourists and anglers, although the lifts have not run in more than half a century.

The ski area was built
with labor from the Works Progress Administration and used the meager
supplies available in Gunnison County in the Depression years of the
late 1930s. Namely, the rope tow ran off of a used Model A Ford engine,
and the amenities were Spartan in nature. What made Pioneer Ski Area
truly a pioneer in Colorado skiing was its 3,000-foot aerial tram,
which was Colorado’s first aerial ski lift. Even this was a little
dodgy, as there was only one tram operator at the base area, over a
half mile away from the upper station, “Star Point,” where skiers had
to fend for themselves in the unloading process. There is little doubt
that this lift in no way complies with even the most basic of the
safety requirements in place today, but it certainly made for more
exciting skiing.

After
finding some entertaining history on Pioneer, I began to wonder about
what other ski areas have come and gone in Colorado, what eventually
became of them, and who skied these areas. It then occurred to me that
I had skied one such area. I don’t want to date myself, but I spent
many days in my formative ski years at another one of Colorado’s “lost”
ski areas — Berthoud Pass.

Most
people know Berthoud Pass as the apex of a large number of switchbacks
en route to Winter Park, but Front Range backcountry skiers flock to
Berthoud Pass today because of its abundant snow and proximity to
Denver and Boulder. Snowcat operations take place here as well. In its
former life, Berthoud Pass proudly ran two lifts, one on the east side
of the pass, one on the west side of the pass, and it is doubtful
whether the combined total vertical of both lifts was more than a
thousand feet. What really made Berthoud Pass great were the shuttles,
which, simply put, were small passenger buses, outfitted with ski and
board racks, that went up and down either side of the pass, stopping at
the switchbacks to load skiers who would ski the untracked snow on the
sides of the pass. Because only one shuttle ran on either side of the
pass approximately every half hour, it effectively kept skier numbers
low, so the powder always seemed to be untracked. The drawback was that
sometimes you would have to wait 20 or 30 minutes on the side of the
road to catch a shuttle back to the pass, only to be subjected to
obscure, scratchy Grateful Dead bootlegs on the “hi-fi” cassette
stereo, completely subject to the whims of the inevitable 1980s Rasta
wannabe super-kind driver. That certainly kept it real.

Of
all of the lost ski areas, one stands out at the top of the “keeping it
real” pile: Sharktooth. With connotations of steep couloirs beneath a
huge jagged tooth-like granite spire, I couldn’t help but wonder how a
ski area with such a name could ever go defunct. It turns out that
Sharktooth, in operation from 1971- 1986, held one record that no other
Colorado ski area will ever match, especially in light of global
warming: lowest base elevation. At 4,600 feet above mean sea level, and
boasting a 150-foot vertical, Sharktooth’s summit was almost half as
high as the base of Arapahoe Basin, and boasted around 7 percent of the
vertical. Located just outside the bustling cattle feedlot town of
Greeley, Sharktooth had as many dust storms as snow storms and catered
to local kids and families, UNC college students and ranchers who were
used to this environment and just wanted to have some fun sliding down
the snow, never mind the grit. It is a fair bet that you would stand
out if you weren’t skiing in jeans, preferably a tight set of
Wranglers. In spite of its humble statistics, Sharktooth had what many
ski areas dream of: a local fan base that enjoyed what it had to offer.
Sadly, we may not get to ski at Sharktooth again unless humans
collectively and conclusively stop global warming.

Closer
to the hearts of Boulderites is the fabled Chautauqua Mesa Ski Area. In
operation from 1949–52, and again in 1962–63, Chautauqua Mesa began as
a ski jump built by local residents seeking a little excitement. A
200-foot rope tow powered by a World War II Dodge Truck engine followed
soon thereafter, and Boulder briefly had its own ski area. As one might
guess, the snowpack in Boulder was highly variable, making operation of
the ski lift subject to the whims of nature. In spite of this, a number
of current Boulder residents recall skiing at Chautauqua Mesa years ago
as young men and women, enjoying the winter recreationclose to home.

The
more I explore Colorado, the more of these little abandoned resorts I
find, each with its own unique story. They all began with optimism, but
most passed away for similar reasons, such as lack of money, poor
location, inadequate skier visits, inability to compete with larger
mega-resorts, or lack of consistent snow. In spite of this, a number of
these little resorts remain and have flourished, humbly running the
low-speed lifts with little or no marketing budget, relying on word of
mouth to attract skiers.

The
next time you think of heading to a large resort, take the time to stop
at a small ski area to make some turns and experience a different kind
of Colorado skiing.