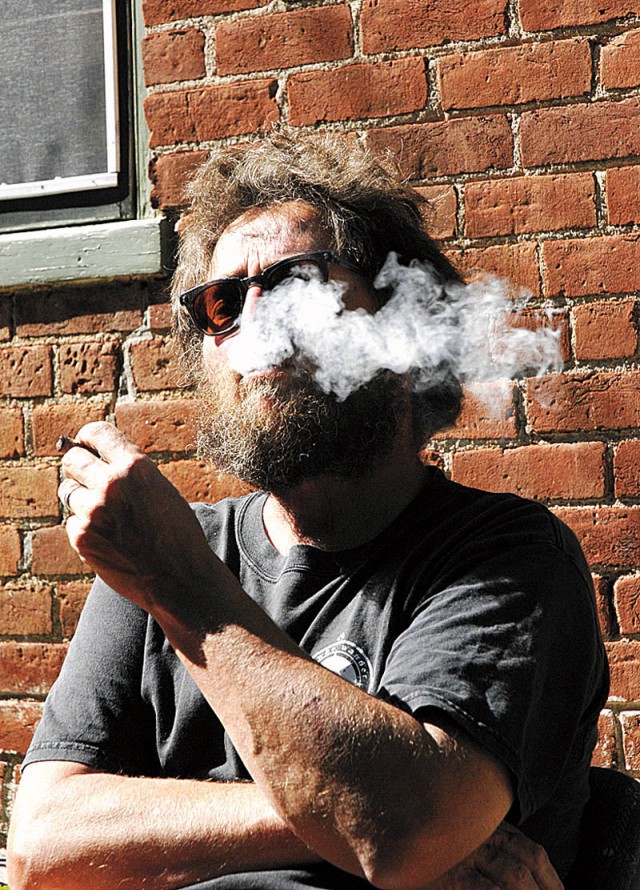 You may think you know Colorado.

Maybe you’re a true mountain weekend warrior, and you’ve been to all of our state’s tiny gems, like Alta and Crystal and Montezuma. Maybe you even sport one of those “Native” bumper stickers on your rusted-out Land Cruiser or Jeep.

But even if you are fluent in mountain-speak and can list all of the state’s 14ers in under a minute, grizzled high-country scribe M. John Fayhee has a book for you.

Actually, two. The first, The Colorado Mountain Companion, falls somewhere between a colorful collection of historical tidbits and a useful list of factoids, kind of like a local encyclopedia that can be read straight through or used as a reference guide when bar arguments arise.

In fact, the idea for the Mountain Companion came to Fayhee while in an Arizona bar debating a fellow patron about whether Leadville is the highest municipality in the country. Not surprising that such inspiration should come to the Mountain Gazette editor in a watering hole, given his own well-documented accounts of experiences enhanced by substances, liquid and otherwise.

But he acknowledges that the Mountain Companion project was unlike any other writing assignment he has tackled, because it actually required a fair amount of research, rather than simply composing clever rambling memories of his adventures in the high country and elsewhere.

For this book, he actually had to look things up and interview people to answer questions like, “Why the hell isn’t there an apostrophe in the names of certain mountains named after people’s last names, like Pikes Peak and Longs Peak? And what about strange Colorado town names, like Joes and Saints John?”

As he describes it, “It’s not just Fayhee bullshit. … I know what I’m talking about, and that’s rare for me.”

The book’s subtitle is “A potpourri of useful miscellany from the highest parts of the highest state.” Fayhee has sections about songs that mention Colorado and movies that were filmed here. There are entire chapters serving as glossaries for the often unintelligible lexicon used by niche mountain subcultures like snowboarders, fishermen and mountain bikers. From cloud seeding to mountain license plates to the use of Viagra for nonsexual purposes, Fayhee’s Mountain Companion is a must-have for the library of those who fancy themselves authorities on our fair state. And Boulder County plays a prominent role in the book.

Fayhee is currently on a regional speaking tour for not only that tome, but another work titled Smoke Signals: Wayward Journeys Through the Old Heart of the New West. It’s a collection of expanded versions of the tales he has woven over the past five years in his “Smoke Signals” column in Mountain Gazette. To give you some idea of the flavor of these pieces, on the off-chance that you haven’t already read his original, trimmed-down versions that appeared in MG, the book’s index is not so much organized in terms of places or people’s names, but categorized under themes like “Assholes,” “Bartenders,” “Buddies, Drinking,” “Drugs, Illegal,” “Police” and “Bud Girls” (as opposed to “Bud Light Girls,” who are discussed on a different page).

These pieces are classic Fayhee. Meandering but irresistibly crafted sentences that paint images of a life well-lived, and others well-witnessed, perhaps embellished, but a fun ride nonetheless.

Fayhee will speak at 6:30 p.m. Oct. 3 at the REI in Boulder. I chatted with him by phone recently after he had just finished a similar public appearance in Steamboat Springs. We got caught up on old friends from our days working together at the Summit Daily News and its sister publications in the 1990s (yes, that’s a disclaimer that this writer is completely unobjective when it comes to Fayhee), but mostly we talked about his two new books.

He says the Mountain Companion is neither a reference guide, nor a collection of trivia, nor a book that he expects people to read cover to cover. It’s more a scan-the-contents-page-and-see-what-interests-you kind of thing.

“I don’t think people will be quoting Fayhee scripture,” he says, employing the same self-deprecating humor that marks all of his work, especially when he goes overboard in forewords, author’s notes and prefaces to make it clear that he can’t vouch for the veracity of what he writes, since much of it is, in fact, bullshit.

But the Mountain Companion is the closest he has come to presenting somewhat verifiable truths. He even includes — gasp — source citations at the end of each chapter. Fayhee says he has six or seven file cabinet drawers filled with his research for the book.

He explains that the most challenging subjects to research were the topics he knew virtually nothing about, like the section on Colorado geology and the state’s Native American history.

Stuff he had to leave out for space reasons? “How to” guides, like advice on the best way to cross a creek. It just didn’t seem to fit, he says. After all, creek-crossing techniques are not necessarily unique to Colorado.

Fayhee acknowledges that some chapters have become out of date during the delay between the time he wrote it and the time it was published, like the list of Colorado Olympians and the section on our state’s wildfires, both of which expanded over the past six months.

When it comes to Smoke Signals, Fayhee says his word limit for Mountain Gazette is usually around 2,400, which most columnists would kill for. But in the first of his 15 or 20 drafts, he can’t help but write these pieces fully, which means that some are between 15,000 and 20,000 words. Then, painfully, he has to edit them down to size.

“This reconciles the difference between the two versions,” he says of the stories in Smoke Signals, adding that about 40 percent of the book’s content has never been published. “Brevity is not my strength.”

Among his favorite pieces, he lists “Crash Landing,” about a trip to China to do a story for Backpacker magazine, a story that begins with a hilarious attempt to separate a man from his cigarette on an airplane.

Fayhee acknowledges that his aging body won’t let him lead the hard-charging, chemically infused lifestyle to the extent that he used to. While his work — and circle of friends — have ties to the late, great Hunter S. Thompson, Fayhee says he has no intention of trying to live the wild life well into his 60s like Thompson did.

In fact, his next few projects will force him to take it down a notch, at least in altitude.

He is hitting the Great Plains to work on two more books. The first was inspired by bound collections of newspapers published in Ewing, Neb., from 1950 to 1952 that he found at an antique shop in Georgetown, Colo.

“So I’m just going to go there and see what comes of it,” Fayhee says.

The second project, for which he’ll travel to Oklahoma, involves an effort by the Apache Indians to relocate the bones of Geronimo to the great chief ’s homeland in southwest New Mexico, which Fayhee now calls home.

Finally, he says, he wants to head toward the Atlantic.

After all, despite his authoritative voice on all things Colorado, the West and the mountains, he is originally from eastern Virginia, and he wants to write a book about a Westerner’s perspective on that coast.

So, as it turns out, even venerable Colorado veteran John Fayhee can’t in good conscience sport a “Native” bumper sticker.

Not that he ever let a little thing like the truth get in the way.