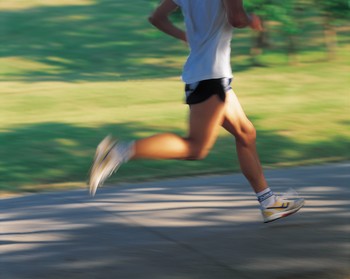 Pheidippides, the courier who ran 26 miles from Marathon to Athens spreading word of the Greek victory over the Persians, became famous not only for his proclamation but also for dying on the spot. Ultrarunner Micah True, known as Caballo Blanco (White Horse), was found dead earlier this year after a training run in New Mexico. Alberto Salazar, three-time winner of the New York City Marathon in the early ’80s, suffered a massive heart attack at age 48. Jim Fixx, author of The Complete Book of Running and father of the jogging movement in the United States, died at 52 from a heart attack after his daily training run.

Endurance athletes are revered for their fitness, but when anecdotes emerge about supremely conditioned athletes felled by heart problems, it becomes natural to ask what may have caused such unforeseen events. One question seems to generate different opinions in the medical community: Is there such a thing as too much exercise?

Some researchers are now looking for answers to that question. While more evidence will be necessary to establish a firm response, doctors have begun weighing in on the evidence about how the heart responds to chronic endurance exercise. For now, no one is advocating that you skip your training run.

A recent review published in Mayo Clinic Proceedings, “Cardiovascular Damage Resulting from Chronic Excessive Endurance Exercise,” hypothesizes that in veteran extreme endurance athletes such as marathoners, Iron Man competitors and long-distance bike racers, recurrent and sustained activity may be detrimental over many years.

“[The heart] is a mechanical pump,” says Dr. James O’Keefe of the Mid America Heart Institute of St. Luke’s Hospital in Kansas City and one of the review’s authors. “There is probably something to the idea that you can wear it out. As people get older, we see wear-and-tear changes in the heart. The heart stiffens up, the valves thicken up, the arteries can get diseased and the vessels can stiffen up.”

Then you add excessive endurance activity to the mix.

“Now you are starting to talk about excess beats, excess mileage on the heart so to speak,” O’Keefe says. “So that potentially could accelerate aging of the heart.”

As bodies age, the heart can become scarred and worn from the tax of constant use. Many things can accelerate that aging, including diabetes and untreated high blood pressure, or drug abuse and excess stress. O’Keefe’s study outlines similarities between those stressors and the stress of high-volume chronic exercisers, such as elevated biomarker levels and stretching and scarring in areas of the heart. He recommends a change of heart for those obsessed with long, intense cardio workouts on a daily basis.

“We have to understand that once you get to be sort of middle-aged, you are probably better off to refocus your goals towards long-term health, vigor and longevity. And to that end, more is not necessarily better,” O’Keefe says.

Others aren’t so sure.

While acknowledging that exploring the questions posed by O’Keefe and similar studies is admirable, Dr. Benjamin Levine, a cardiologist at the University of Texas Southwestern Medical Center in Dallas, says he thinks the research behind links to exercise and heart problems is weak.

“The evidence is that athletes’ hearts are bigger and they function better, not that they fail,” Levine says. “Regardless of what a few anecdotal things have shown, the bottom line is, athletes have shown their hearts are big, compliant, they pump a lot of blood, and they have fewer heart attacks and they die less frequently.”

Regarding elevated biomarkers noted in the O’Keefe review, such as elevated troponin levels that may appear after prolonged intense bouts of exercise or after a heart attack, Levine says tying those signals together is like comparing apples and oranges.

“When troponin goes up in a heart attack, it’s because heart cells are dying. Just because there’s a small rise in biomarkers during intensive exercise doesn’t mean that the heart’s being damaged, it may just mean that the heart is leaking some enzymes,” Levine says.

He adds that coronary disease affects the vast majority of Western society, which may contribute to these signals showing up in the cross-section of athletes.

Levine also rejects the notion that prolonged intense cardiovascular exercise causes the heart to become stiffer and weaker over time.

“The heart is a very plastic organ, and it responds to the demand that’s placed on it. People who have a lifelong pattern of prolonged and intensive exercise have hearts that are 40 to 45 years younger than their actual age. Their hearts are soft, compliant, flexible. The muscle gets bigger or smaller depending on how much work you do, and there’s no intrinsic damage or injury to it [from exercise],” Levine says. “All the evidence points to a reduction in cardiovascular disease and cardiac events and mortality with people who do endurance training.

“Everybody dies,” he says. “Five minutes before that, they were breathing. Does breathing cause death?”

Despite being such a strong advocate that exercise and heart maladies are not congruent, Levine says that, if nothing else, O’Keefe’s study posits an interesting thesis.

“If you ask me, is it possible that an extraordinary endurance activity is possible to injure the heart, I’d say sure, I guess that’s possible,” he says. “But it’s not the usual. The usual common response to training is a bigger, stronger heart.”

From his experience, Dr. Peter Hackett, executive director of the Institute for Altitude Medicine in Telluride, says he doesn’t see cardiovascular damage due to exercise as an issue.

Heart rate cannot rise as high at altitude as it might at sea level, he says, suggesting that high altitude may actually work as a sort of buffer from potential heart damage because athletes are forced to work at a lower intensity. But that doesn’t mean he is convinced that exercise-induced cardiovascular problems don’t exist.

“It makes sense that you think of exercise as like a medication or a physiological stress applied to the body to produce wanted changes,” Hackett says. “There’s the concept of dose response. For a given amount of cardiovascular exercise, you gain certain benefits, and that beyond that you might do some damage. Certainly, within a physiological sense, it is plausible.”

O’Keefe rings the same bell, but even more assuredly.

“If we had a pill that did what exercise did, most cardiologists would be out of business. It’s more powerful than the most powerful drug we have,” he says. “Just like any drug, there is a dose at which too little doesn’t do you any good, and too much it starts taking away some of the benefits. Exercise is the same way. You need the right dose.”

If you are averse to working out, the concept of dying from too much activity may seem like validation for a sedentary lifestyle. Yet despite the headline-grabbing nature of hypothesizing about heart damage from chronic excessive endurance exercise, it is important to note that the overwhelming majority of scientific study has nothing but good things to say about cardiovascular fitness.

“The last thing we want to get across is people shouldn’t be exercising. That’s not the point,” O’Keefe says. “The average American couch potato is looking for yet one more excuse to justify their sedentary lifestyle. This is not it.”