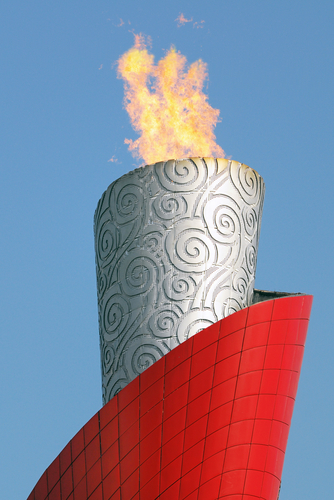 Ever since Olympic basketball gold medalist Sergei Belov’s memorable torch run in 1980
at the Moscow Games where he appeared to run over the heads of athletes
into Central Lenin Stadium, lighting the Olympic Cauldron has become
one of the most anticipated events of the Opening Ceremonies. We’ve seen the fire lit via bow and flaming arrow (Barcelona, 1992), and from a pool of water (Sydney, 2000).

This year, the relay leading up to the London Games is providing some surprises and adventures as well. On Friday, British adventurer Bear Grylls will fly across the River Tyne on a zip line on the last leg of the day.

He’ll land in the parade ground of the Royal Navy’s riverside training center for a celebration.