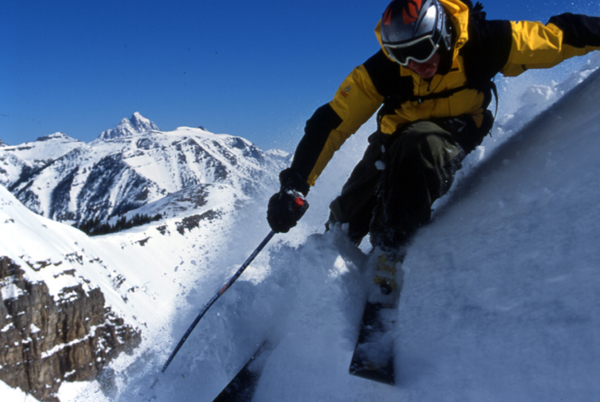 You know ski season is on when you are standing in Boulder Ski Deals at 9 a.m. on a Saturday in September — soaked in sweat because it’s already 80 degrees, the town permeated with a campfire aroma — and the line is out the door.

“Are they ready today?” “No.” Tears. Repeat for six days straight. Ah, that’s my boy. Folks get religion early in Colorado when it comes to downhill sliding.

Skiing is seductive enough, the classic Cloudveil commercial featuring the prototypical ski bum handing over his resume — 2009/Dishwasher/ Jackson Hole, 2008/Dishwasher/Alta, 2007/Dishwasher/Mammoth — captures it, but every year the resorts of Colorado make it that much more difficult to focus on gainful employment. The lame-o economy has actually added even more seductive deals to the buffet. Let’s peruse the goods.

Copper Mountain and Winter Park/Mary Jane are offering the $469 Rocky Mountain Super Pass Plus until Oct. 17. This pass gives skiers and riders unlimited skiing at Copper and Winter Park/Mary Jane, as well as six unrestricted days at Steamboat and 20 Friends and Family $59 discounted lift tickets. Do the math — the day tickets at the Boat alone are worth the price. Then figure in the bad-ass bumps of “bring the pain” Mary Jane and the cat-skiing backcountry access on Tucker Mountain at Copper, and it merits a major Wayne’s World “schwing.”

I-70 is pretty much the Antichrist in Colorado (providing for the needs of the people, but denying ultimate salvation. I wish it were an exaggeration but it ain’t) and the sooner you get off the pain train the better.

Loveland’s
unrestricted four-pack tickets are also available at last year’s rate
of $119 ($109 if purchased at a Front Range ski show) and can be used on
separate days or all at once with friends and family. Get ready to slap
their ubiquitous bumper sticker on your Suby.

Wolf
Creek, always the first resort to torture you with an e-mail featuring
blower powder shots (waterboarding would be easier for your average ski
bum to endure) has marked down its early purchase price for an unlimited
season pass to $574 from $718, and that is available from Sept. 25
through Oct. 3.

Wolfie is a must, must visit
for the uninitiated. Yes, it’s in Colorado — way down toward Pagosa
Springs (yes that’s in Colorado too). Yes, it gets the most snow in the
state and has $40 half-day tickets, and hell yes, the 1,000-acre
ungroomed/gladed Water Fall area is just as phenomenal as advertised.
Start planning the road trip now.

Jibber’s
paradise Echo Mountain’s unlimited season pass is on sale for $169.
Echo is also offering package deals on daily lift tickets, with an adult
three-pack of day lift tickets for $99 and a three-pack of night lift
tickets for $59. Maybe the Echodemic is just starting, but it’s hard to
argue with lift tickets that are good for 12 hours — ’til 9 p.m. — on
Mondays and on Wednesday through Saturday. Plus, the location is less
than an hour from most of greater Denver, and it has a terrain park and a
feature-centric layout. Definitely a little guy with soul.

Always
loving on the local, Eldora’s season pass is available for $399 ($389
for a renewal pass) and includes unrestricted alpine skiing as well as
the option to add five days at Steamboat for $149. Passes can be
purchased online any time at www.eldora.com and at the resort after
Oct. 4.

Eldora’s
tree skiing is one of the best-kept secrets in ski country, and the
lift-accessed backcountry is epic. You didn’t hear that from me; I don’t
want the Ned mafia showing up at Casa Stokes.

The
XC center (access included with a pass) is an awesome option and
workout for those frosty days, and the setup for kids’ skiing is
unmatched, with close-in parking and a spacious lodge.