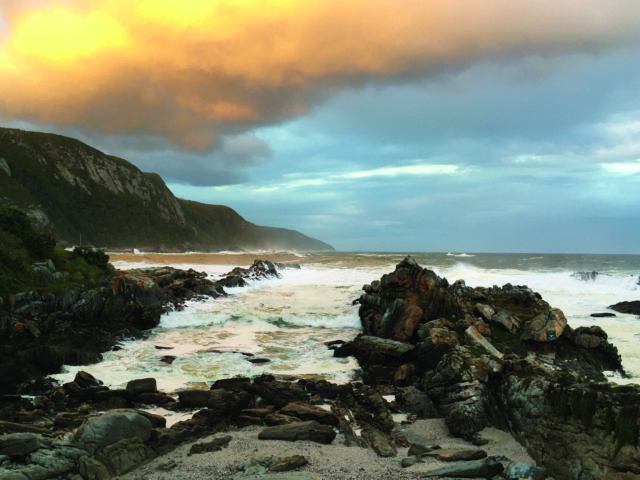 Africa is the adventurer’s dream, but getting started on an African adventure can be daunting.

Africa is a large continent with 54 countries, large and small, so choosing a destination isn’t easy. If you don’t want to climb Mount Kilimanjaro, but want to explore a mountainous area by trekking or hiking, South Africa is an option. It’s a surprisingly mountainous country, and also features a spectacular coastline that rivals the West Coast of the U.S. An online search will give you many hut-to-hut trekking and hiking options. South Africa’s world renowned Garden Route was recently picked as one of the top ten hiking destinations for 2017 by National Geographic; its soaring Drakensberg mountains and stunning coastal hikes make it irresistible. If you want a wildlife photo safari, there are several preserves where herds of elephants, zebras, giraffes, impalas, antelopes, Cape buffalo and hyenas roam — with lions and leopards lurking nearby.

But South Africa is far more than a place for safaris and trekking. Its turbulent past, and former President Nelson Mandela’s role in the end of apartheid, are also intriguing if not inspirational.

You will find a very young democracy that is still evolving politically while struggling with a fractious racial legacy. Interracial social activities and marriage were illegal during apartheid. People of mixed race lived separately from both blacks and whites, who were also segregated. Though the country is 70 percent black or mixed race, it was ruled, economically dominated and oppressed by the 30 percent white population.

Anti-apartheid revolutionary Nelson Mandela emerged from a 27-year prison sentence in1990 preaching forgiveness and reconciliation. He achieved a relatively non-violent, almost miraculous transition to democracy. Mandela started one of the most successful renewable energy programs in the world, and built 3 million small homes with solar hot water systems for the poor.

Although reduced, economic segregation and racism persist today. While relations among the races are improving, the existing political administration is a hindrance to forward progress. Current President Jacob Zuma faces nearly universal disapproval because of rampant nepotism and corruption. He faces 783 charges of corruption by members of his own party, the dominant African National Congress, as well as charges by political opponents. While many South Africans still live in poverty and the unemployment rate is 27 percent, Zuma spent $16 million from tax-payer funds on upgrading his personal compound and claimed his Olympic-size pool was for fire mitigation. A court has ordered Zuma to repay at least $650,000.

In spite of wide opposition in a country that enjoys 300 days of sun every year, Zuma would like to spend $73 billion on nuclear plants built by Russia. The Economist has said South Africa cannot afford the Russian-built plants.

South Africa’s production of renewable energy has been very successful, producing power cheaper than coal, and would be economical and sufficient for at least 20 years. Even though renewable energy would be much more affordable, Zuma fired cabinet members who opposed the nuclear deal, while allying himself with people who will be enriched by the nuclear plan. He has also signed an agreement with Shell oil to begin hydraulic fracturing operations to extract natural gas in pristine wilderness areas, one of which is a water-scarce desert. Where Zuma will get the trillions of gallons of water needed for fracking is a mystery. Bribery is suspected to have influenced both decisions. Zuma and his cohorts own Shell stock and will directly benefit. Financial markets worldwide have reduced South Africa’s credit rating to junk status as a result.

There were nation-wide demonstrations opposing Zuma while my travel companion and I were in South Africa. Many want Zuma to resign now, rather than waiting for the next election in two years.

Even though Zuma is trying to ally himself with China and Russia, and blames the U.S. and U.K. for his problems, we found the English-speaking country to be very welcoming to Americans.

Cape Town is a beautiful city on the Western Cape beside the frigid South Atlantic Ocean, while Durban on the Eastern Cape has a hilly setting and beaches bordered by the warm Indian ocean; you will want to visit and use both cities as bases for your adventures. If you can, plan to hike in the lush mountains and along the Atlantic and Indian Oceans to explore the magnificent coastline.

The highest peaks, the Drakensberg Mountains, are the most popular area for exploring South Africa’s expansive horizons. This mountain range is closest to Durban, which is also close to the famous Kruger and Hluhluwe-Imfolozi Parks. You can stay in nice lodges near the Royal Natal National Park entrance to the Drakensberg and enjoy moderate but spectacular day hikes. There are also backpacking options that include strenuous multi-day mountaineering traverses and summits. A moderate day hike, with

via ferrata (iron ladders) will get you on top of the famous 10,000-foot high Drakensberg escarpment with stunning panoramic views of the range, and some of the world’s highest waterfalls. There is also a not-to-be-missed hike in the magical Tulega Gorge ending at a 1,000-foot waterfall. The trails are fairly well marked, but if you want to do a multi-day traverse or summit attempt, consider hiring a trekking company with a guide and local porters for “slackpacking.” It’s a good travel investment, employs locals and eliminates logistical nightmares since lodging, transportation, entrance fees, permits and meals can be included. If you have the time, you can also trek hut-to-hut in the lush mountains and forests of Tsitsikamma National Park, situated between Cape Town and Durban on the southern tip of South Africa. In both cases, expect hikes that range from seven to 10 miles per day, and climbing and descending around 1,000 to 1,500 feet per day.

Two excellent and very popular ocean-front East Cape treks are the strenuous Otter Trail, and the moderate-to-easy Whale Trail. Both offer hut-to-hut backpacking and slackpacking. We chose the easier Whale Trail with huts that accommodate up to 12 people. You have to make your reservations around a year in advance to secure coveted spots for these treks. Our guide hired the park employees to transport our gear and food, and we slackpacked with day-packs. The ocean-side huts are in excellent condition, cleaned daily and well-placed for stunning ocean views on highly scenic bays and cliffs. You will need very warm weather to brave the 57-degree Atlantic Ocean, though the tide pools are warmer and shark free. The huts feature well-equipped kitchens and indoor cooking and dining facilities, and hot showers. The Otter Trail includes similar hut options but much more challenging climbs and descents on exciting high cliffs.

Visiting a game reserve and seeing the dazzling array of wild animals in their natural habitat is a must. Kruger National Park is the most famous, but is busier than the Hluhluwe-Imfolozi Park. Both feature beautiful African landscapes and herds of elephants, rhinos, giraffes, zebras, impalas, Cape buffalo, hyenas, and elusive lions, leopards and cheetahs. Bird watching is also superb, with common and rare species. You will want binoculars and a photo telescopic lens.